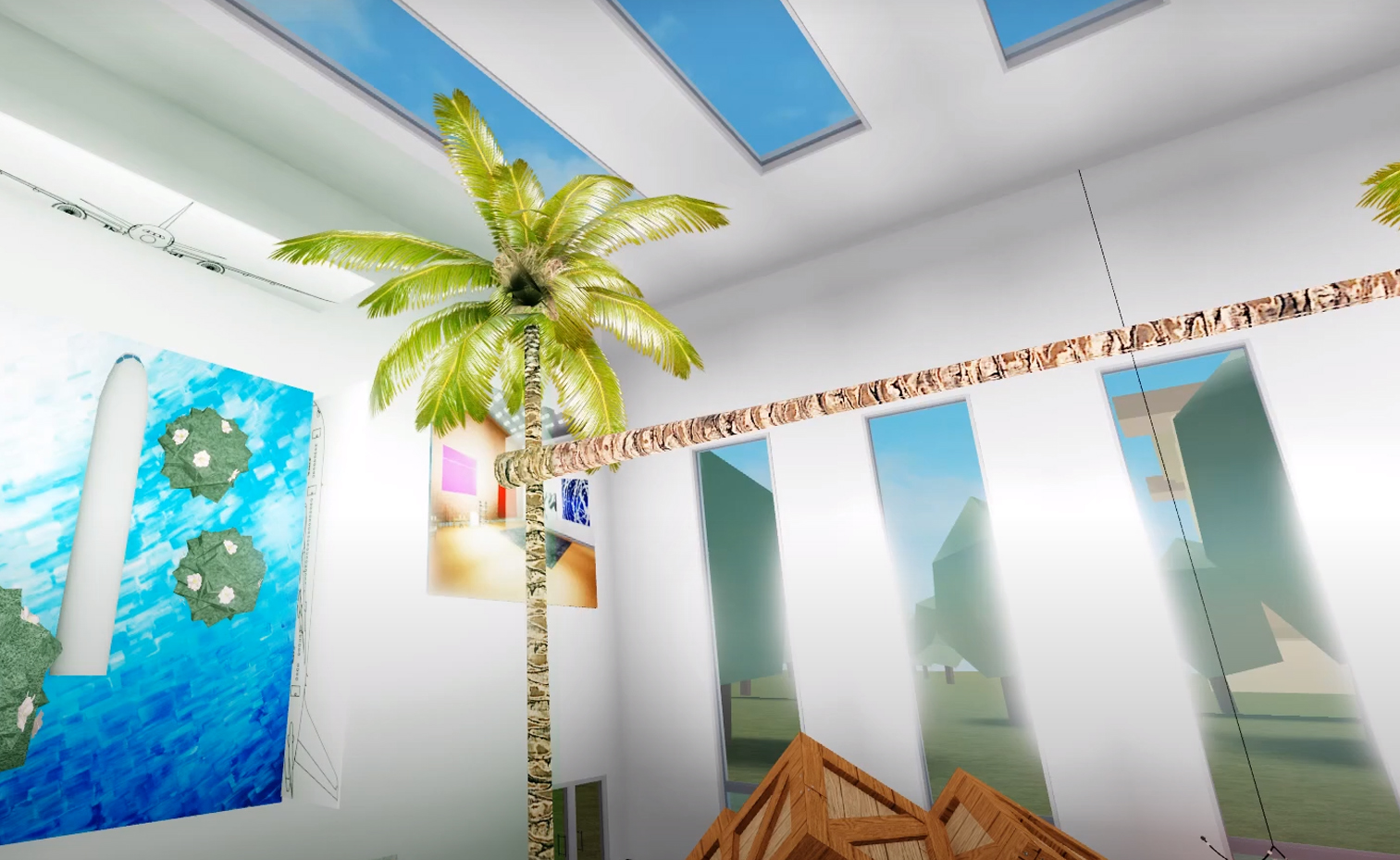 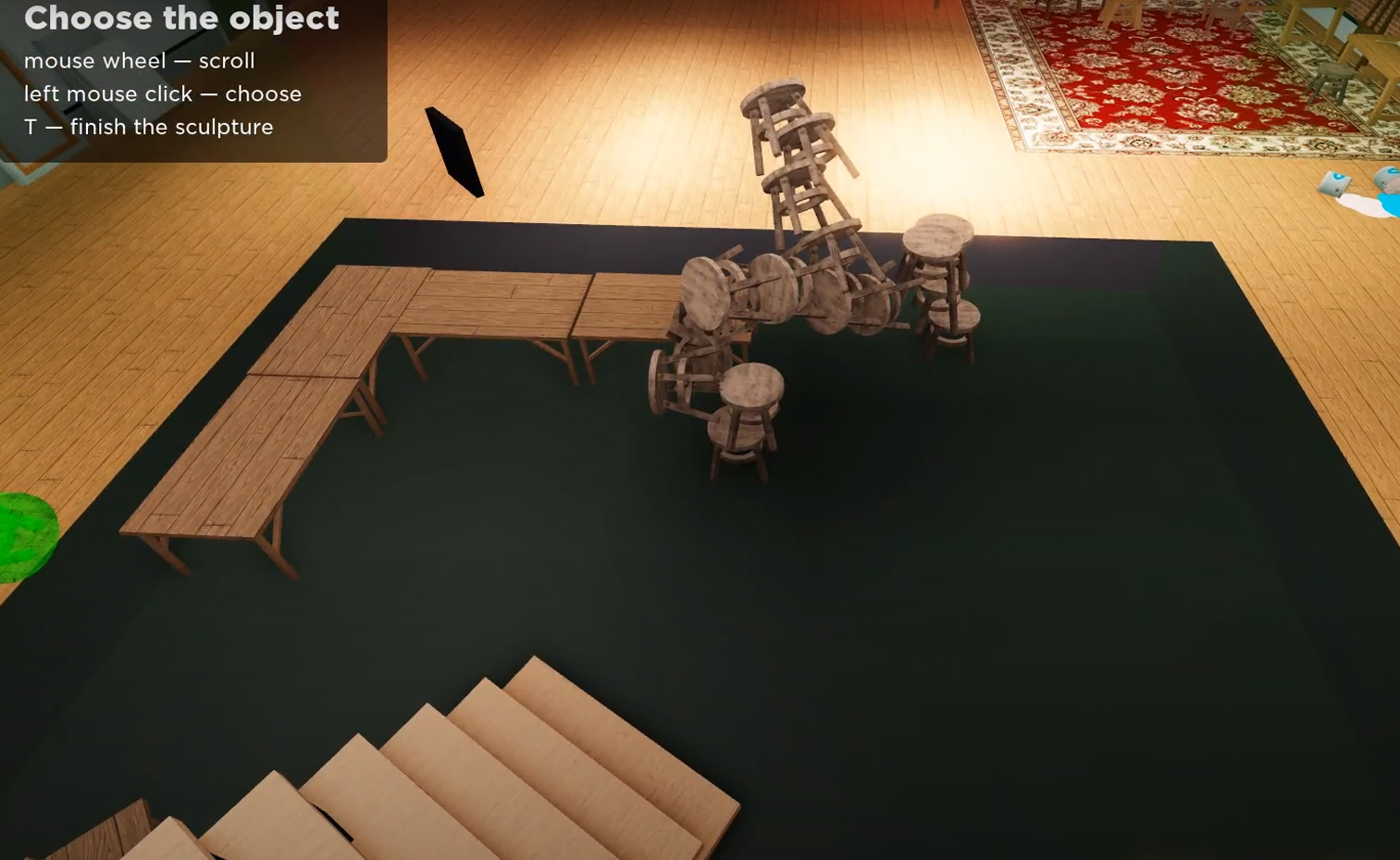 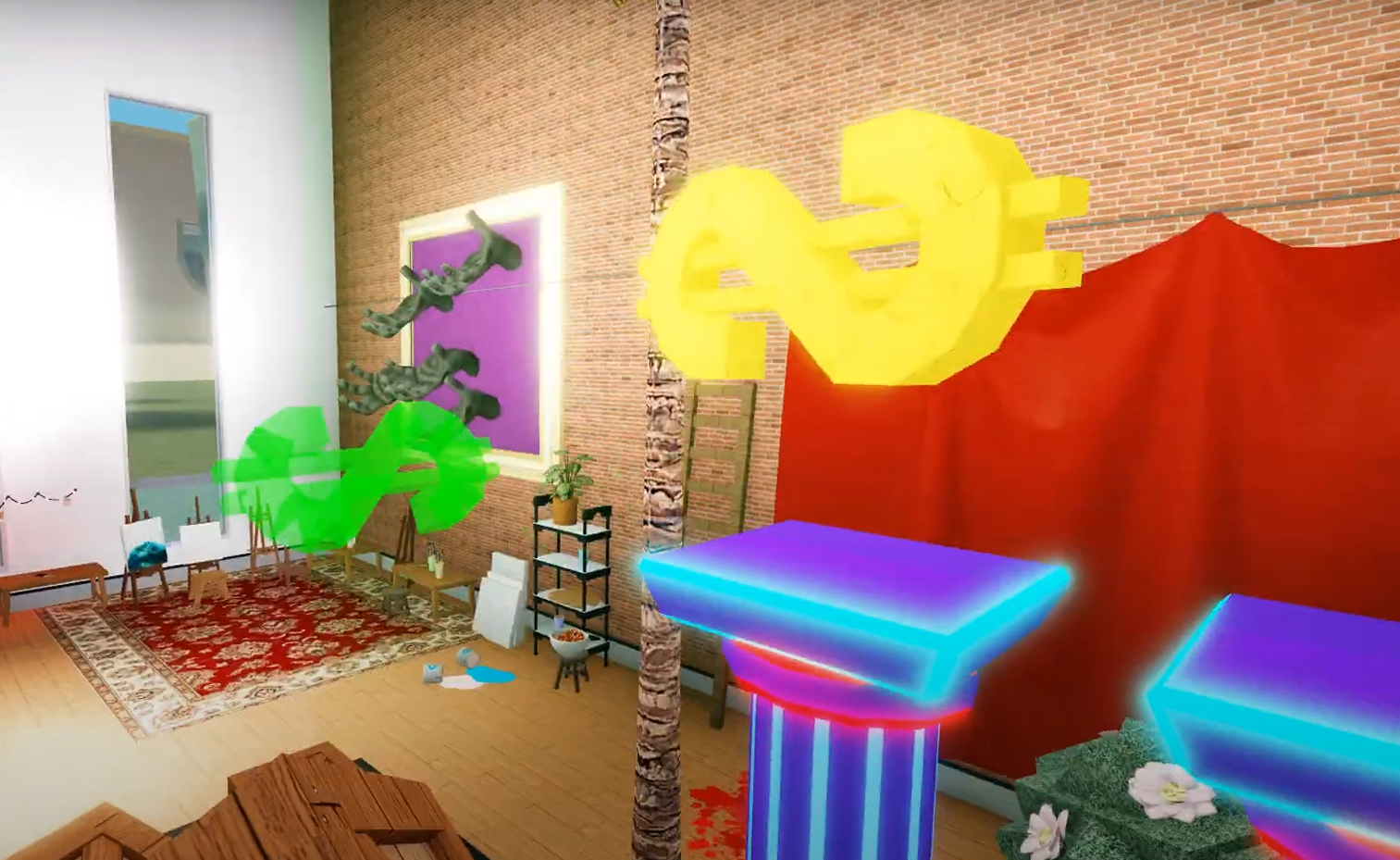 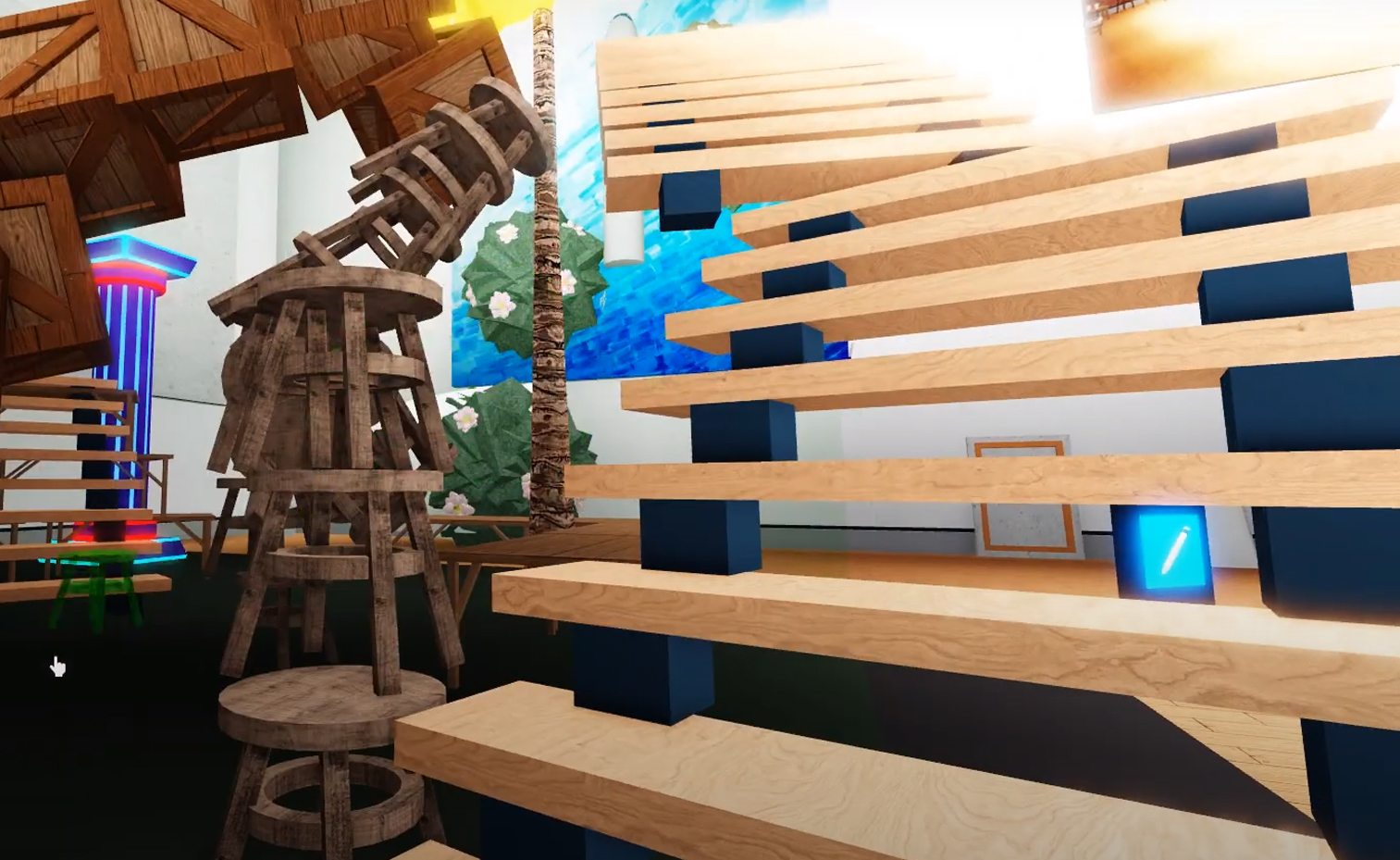 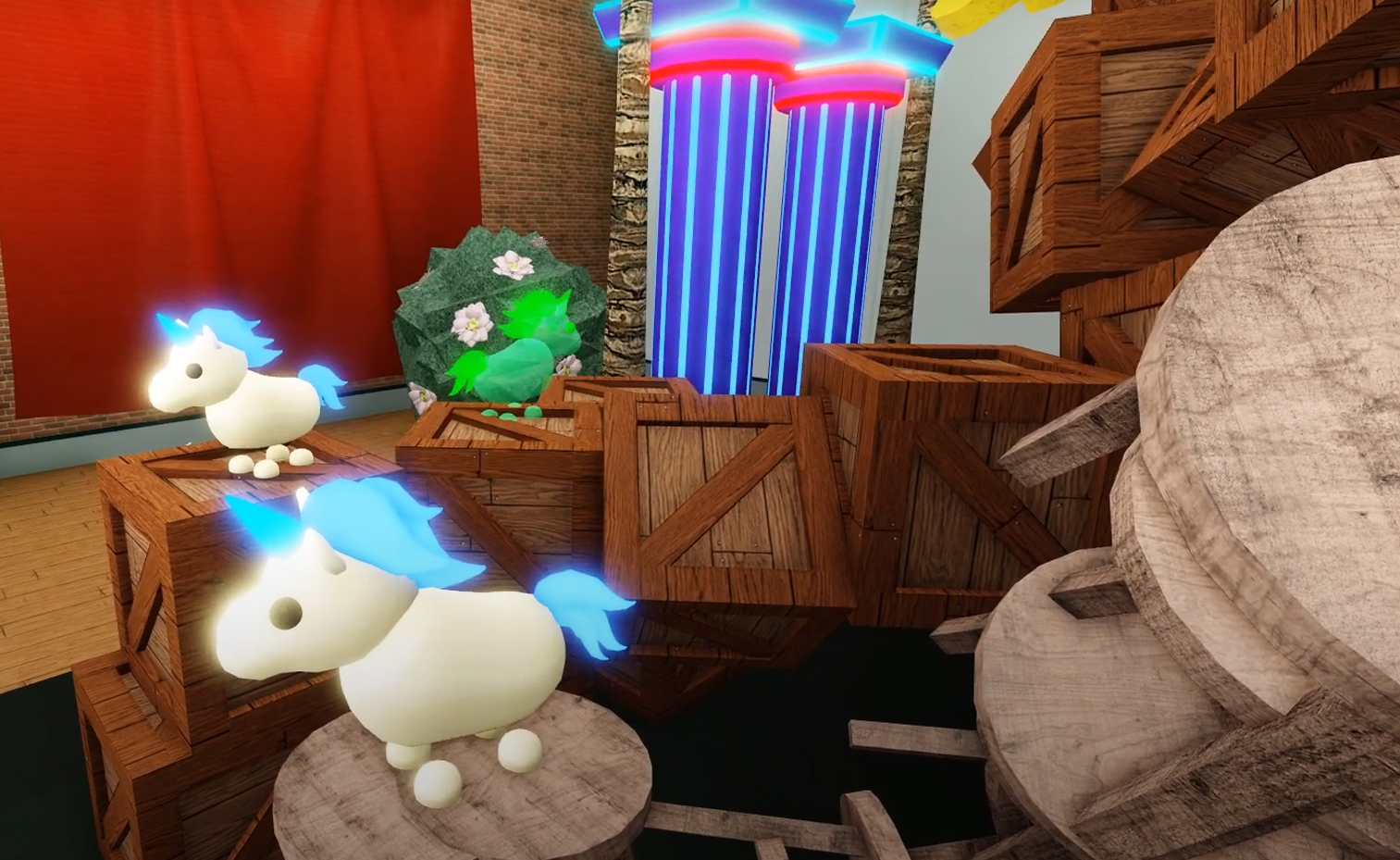 This interactive project within Roblox is an homage to Aristarkh Chernyshev and Alexei Shulgin’s Artomat, where every viewer had the opportunity to create their own art objects in a digital space and “place” them in the greatest museums in the world. Artcore offers a similar opportunity, moving a gaming narrative into the matrix of modern technologies with maximal engagement of the viewer-player. WIthout changing the principles of creating art objects, the artists go further by creating a simulacrum of the art market, where works can be more than exhibited—they can also be bought and sold.

For the exhibit, a condensed version of the game was made where each visitor can try on the role of the artist without getting lost in the complex mechanisms of the art market.

Natalia Alfutova represents a new generation of Russian media artists who are devoted to the passionate exploration of human beings’ existence and self-identification in the ever-changing world of digital technology, big data, virtual reality, and artificial intelligence. Natalia’s educational background is unique in its richness: she started with a Master degree in mathematics from Moscow State University, and later added top-notch education in liberal arts: graduated from High Courses for Scriptwriters and Film Directors (HCSF) and then from Moscow Rodchenko Moscow School of Photography and Multimedia.

Yaroslav Kravtsov is a media artist and developer who has worked in the video game industry since 2007. Initially he worked as a level designer at G5 Entertainment AB on mobile games for the Star Wars, Simpsons, The Sims, Red Faction, Hellboy, G.I. Joe and Saints Row franchises, as well as on several casual games. He also worked for Nival Online and Mail.ru before opting for independent development.

He is the curator of Workshop 15, which develops artistic video games. This is a relatively young art form that invites the player to reach a new level of interaction and reflection through deep immersion in worlds that are fully-fledged simulations of an imaginary or physically existing reality. For developers such games are the opportunity to formulate and express any forebodings in the air, and to anticipate the future by simulating scenarios for the development of events in their own virtual art universe.