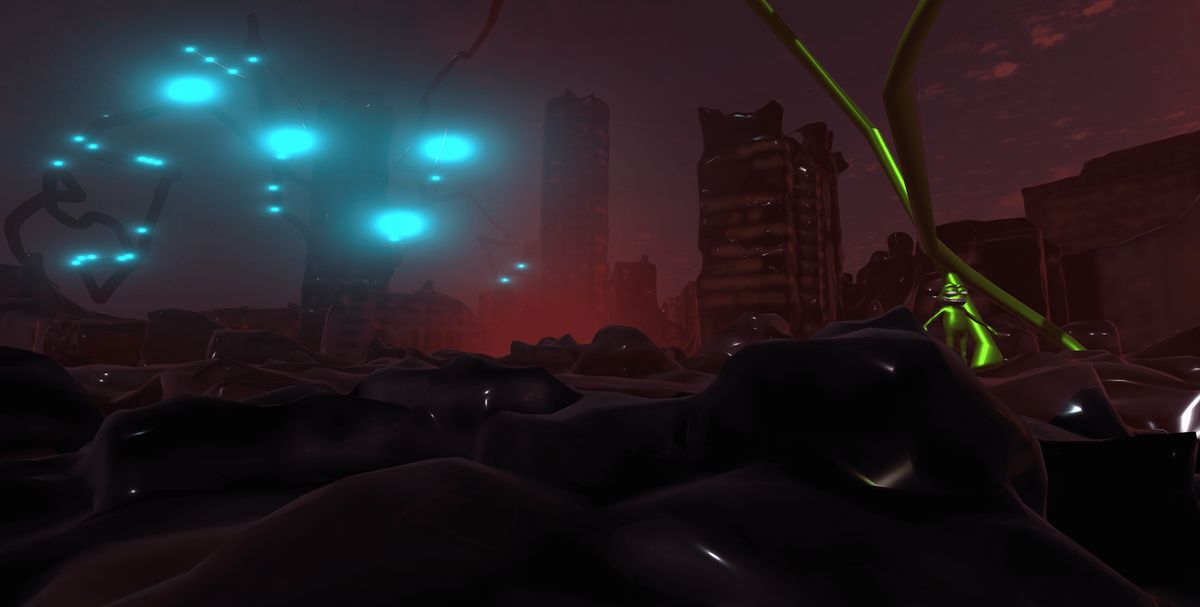 "Aeternum Illud" is a video game where the player finds her/himself in the state of emergency, which is ruled by biocontrol and totalitarian power structures. In order to escape this state she/he should break her/his relations with the demonic sovereignty and become the subject which can not be controlled by its rules — the inhuman being. The player should perform the ritual of transition and gather tokens which are in some way form or associate with the state of emergency — digital, biopolitical, cultural. When following the blue light, the player finds the final token, a portal, she/he falls into non-gravitational liminal space, which symbolize the win or the end.

In the context of the game the ritual refers to the ritual practices in zombie culture or to the medieval church rituals of the elimination of the damned or marginalized from the social or state systems.

Xenia Obukhovskaya lives and works in Moscow. Received her first education at Moscow State University at the Faculty of Journalism in the departments "New Media" and "History foreign literature", where she did a research on situationist writing practices. Since 2020 a student at Rodchenko Art School, studying "Interactive New Media" and "Moving image". In 2021 it became a finalist of the All-Russian competition of projects of young artists Nova Art 8.

Working with experimental CGI formats, hybrid sculpture and installation, the artist addresses issues related to ethics of interactions and relationships with non-human agencies, as well as questions of identity and sexuality, focusing on their transformation into the post-digital future. In particular, she is interested in simulations in video games, borderline mental states, media violence and the impact of digital technologies on mental health and corporeality. 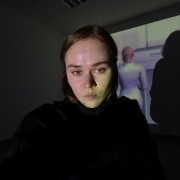