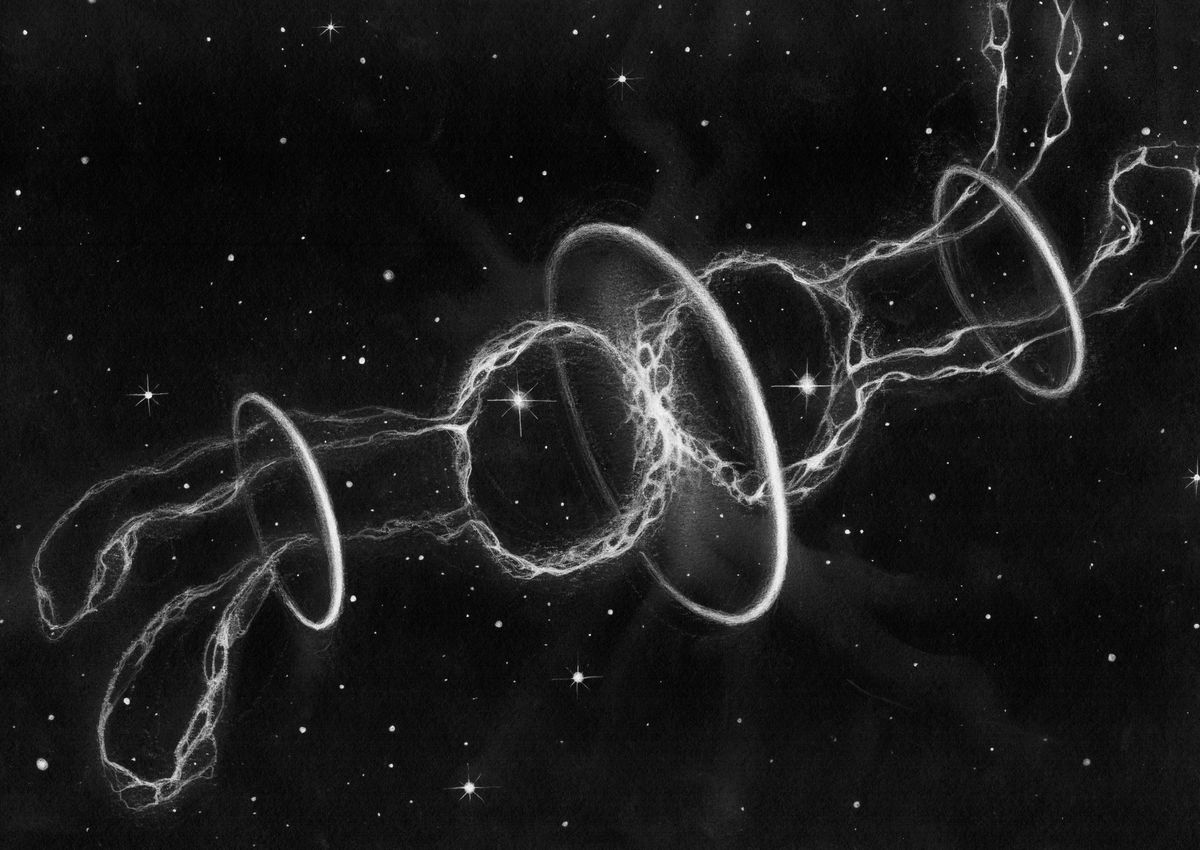 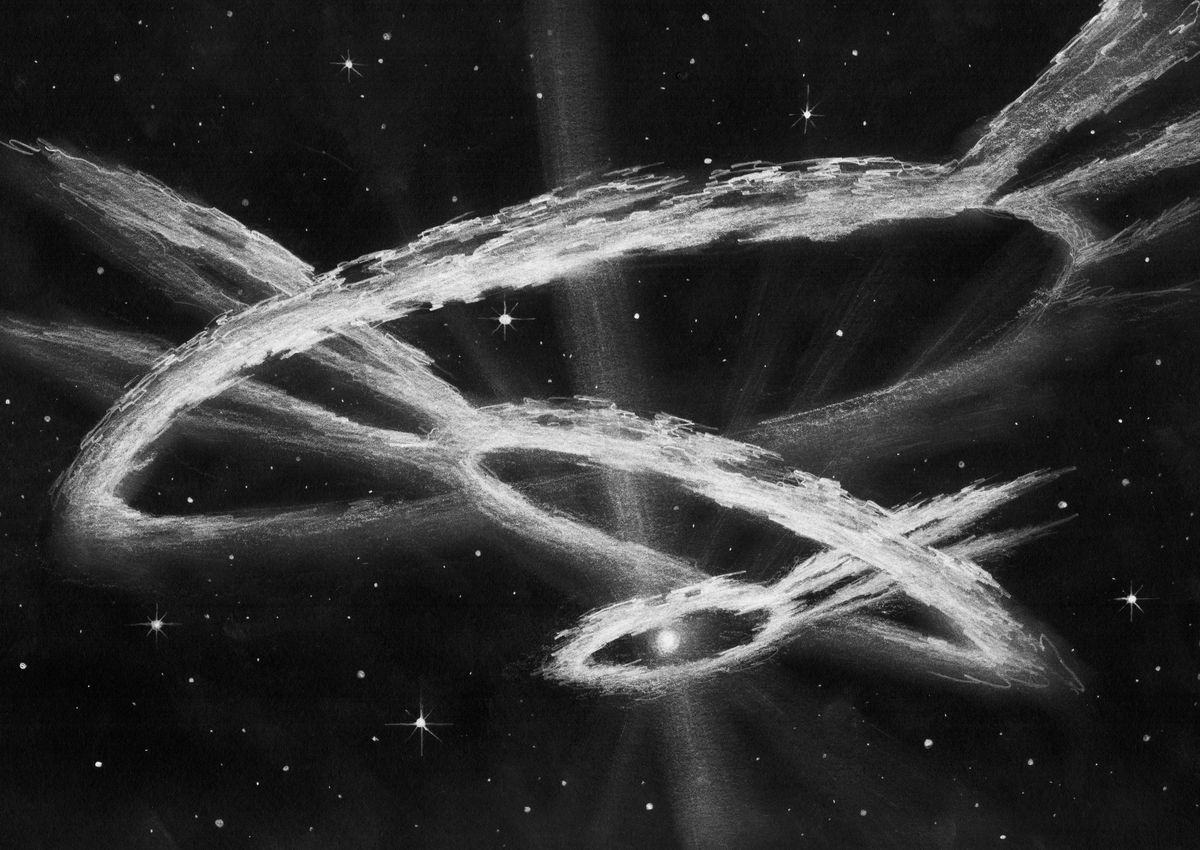 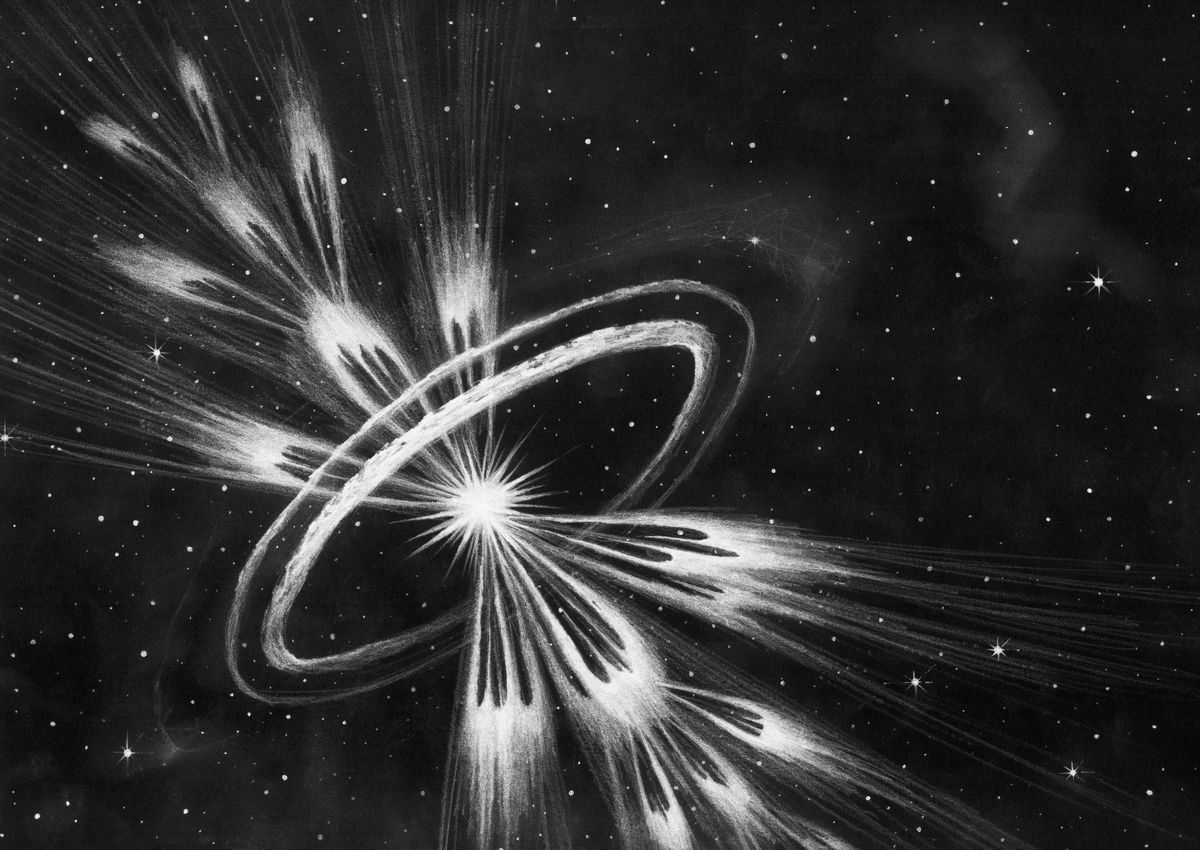 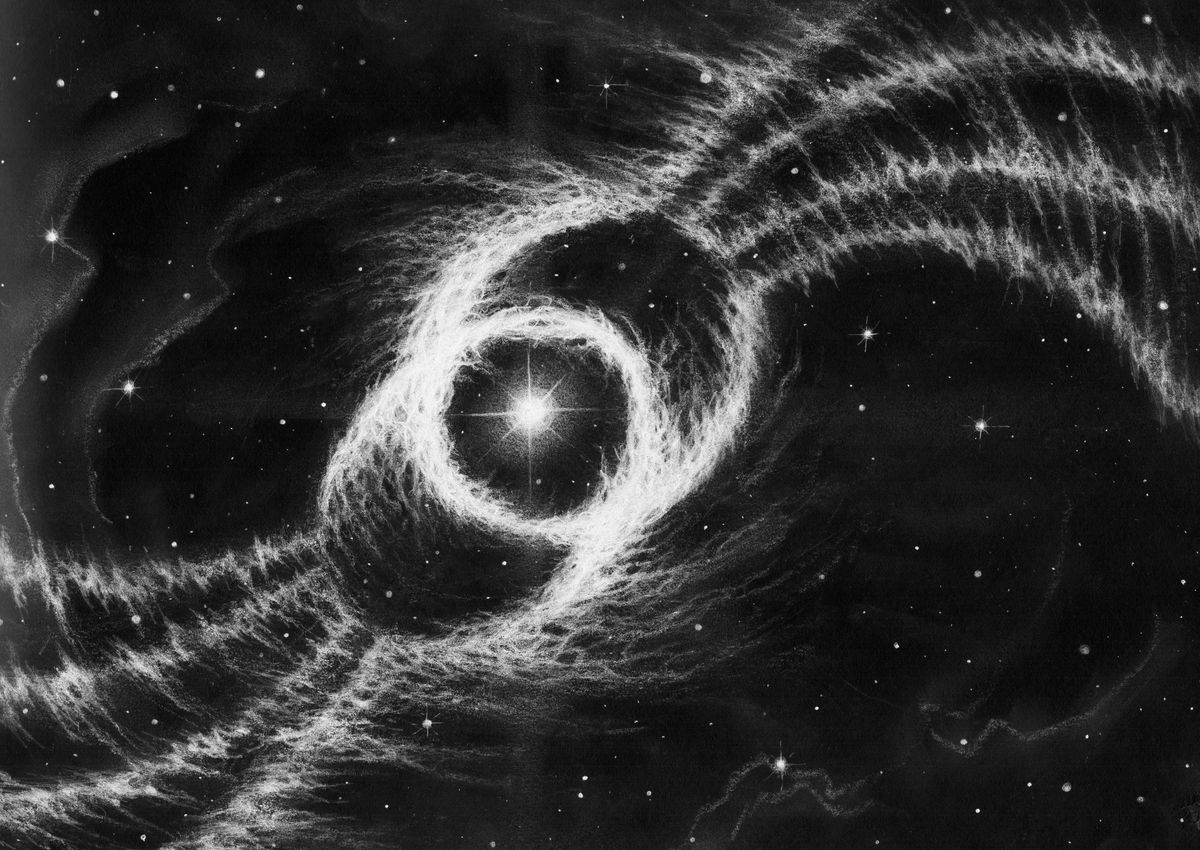 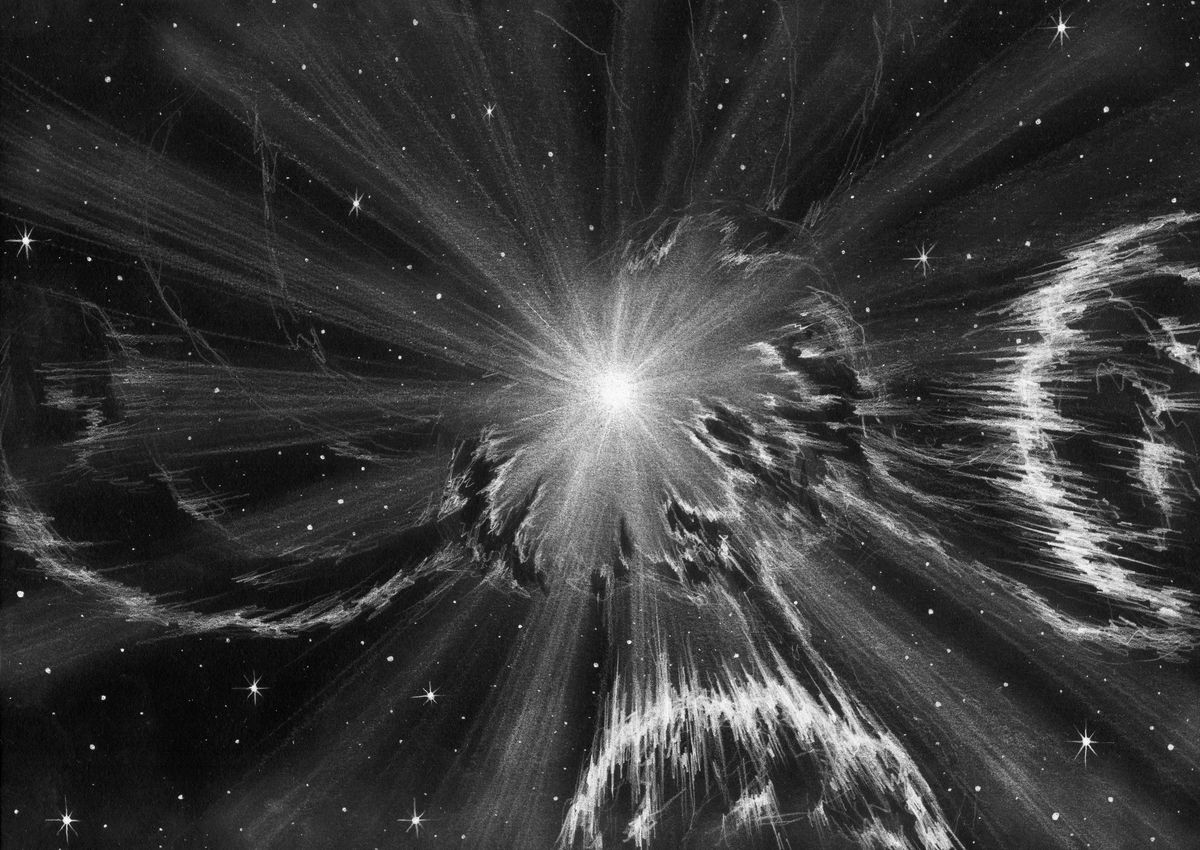 Over the course of several years, Rostan Tavasiev has developed art projects originating from an idea that came about in a discussion with astrophysicist Sergei Popov. In 2020, Rostan Tavasiev graduated with honors from the Foundations of Astronomy course at Lomonosov Moscow State University. Since 2021, the artist has been developing a prototype for a space mission to turn asteroids into works of art, in collaboration with the Skoltech Space Center.

The exhibition includes designs for sculptures using planetary nebulae as 'material.' The size of one such sculpture is comparable to the size of the solar system and can reach more than 30 trillion kilometers.

For these designs, binary star systems were chosen which are in the early stages of forming planetary nebulae. Using natural physical processes, including those that act upon the expanding cloud of plasma with the mass of the second star in the system, the artist plans to give these nebulae complex shapes. About 20 years are necessary to prepare for and complete these projects.

Already-formed planetary nebulae can be seen in outer space for at least ten thousand years. Later, the substance that creates the nebulae will begin to cool. The shape of the plasma cloud will remain almost unchanged, but the luminance of the nebula will gradually fade.

On the map, you can see the intended locations of these planetary nebulae in outer space.

You can discover more about each project at: catalogofartprojectsinouter.space. The title CAPOS(PN) 0001 is an abbreviation of Catalog of Art Projects in Outer Space (Planetary Nebula), followed by the catalog number.

The artist would like to express his sincere thanks to the astrophysicist and science popularizer Sergei Popov, Professor of the Russian Academy of Science, without whose help this project would not be possible.

Rostan Tavasiev is a russian artist. He is known for his works using soft toys created in the author’s technique begemotopis.  He actively develops the concept of game art. Currently the artist is working with the idea of art in outer space and in an imaginary future.

From 2002 to 2020 Rostan Tavasiev took part in 29 personal and more than 70 group exhibitions in Russia, Italy, France, Germany, England and the USA. Finalist of the State Prize in the field of modern art Innovation (2006, 2013).