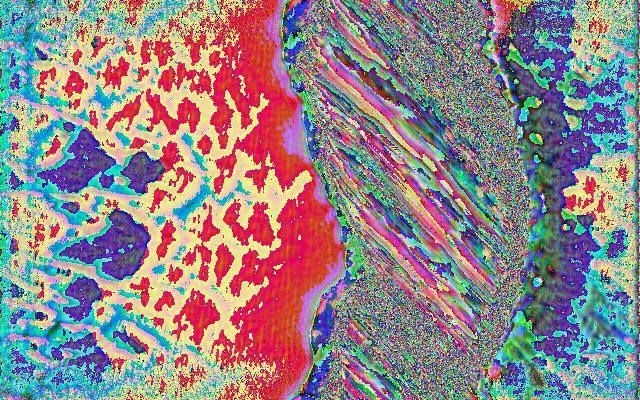 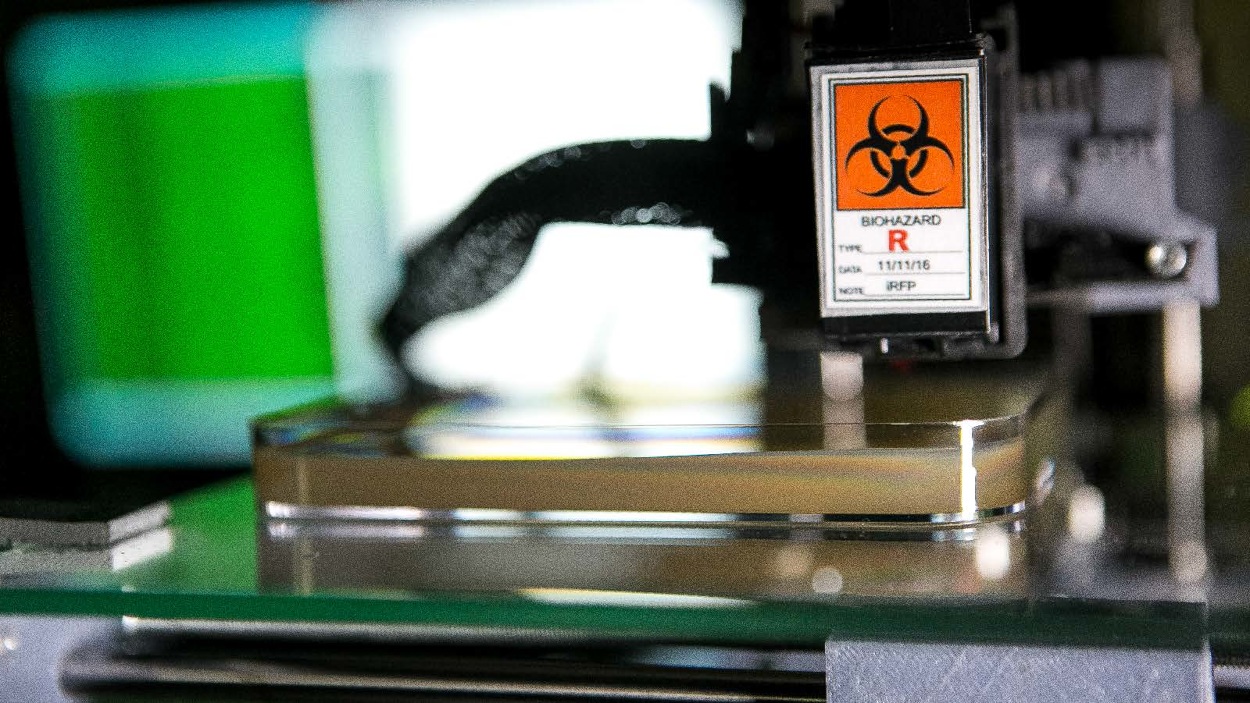 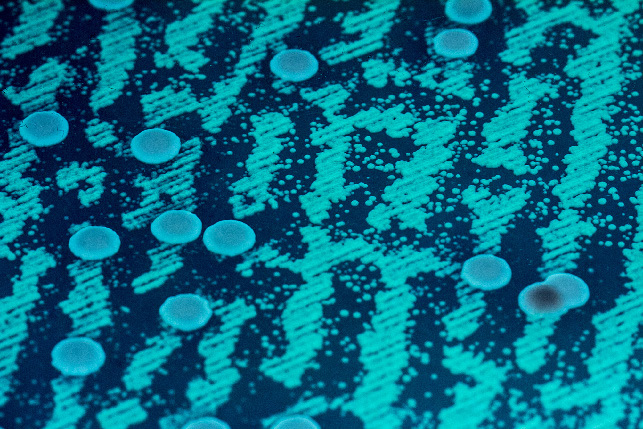 We can try to define creativity as an activity that generates something completely new and never seen before. On the basis of this definition, Artificial Intelligence (AI) based on Artificial Neural Networks (ANNs) is indeed capable of “creativity”. ANNs are statistical learning models inspired by biological neural networks which are capable of learning. Our ANN was trained to generate new images of life forms, based on the diversity of those already existing in nature.

By connecting an ANN and a bioprinter, capable of printing with transgenic fluorescent bacteria, we allowed the AI to define the initial form which is the starting point from which life will evolve. At the same time living matter also participates in the transformation and development of the pre-defined AI life forms. This system of biofeedback, which is implemented through the co-evolutionary processes between living and nonliving agents.

This project is a technobiological installation consisting of three main parts:
- hardware
- software
- wetware
The hardware is a DIY 3d bioprinter. This printer can print with transgenic fluorescent bacteria on an agar dish
The software is an Artificial Intelligence which is a Convolutional Neural Network (CNN). This computer algorithm has the properties of the human mind such as creativity and learning.
The wetware is basically living ink, a chimerical bacteria e.Coli with a jellyfish (Aequorea Victoria) gene. This gene is responsible for the expression of fluorescent properties in the bacteria.

The 18apples art group was founded in 2014 by artist Ippolit Markelov. The main activity of 18apples is to highlight and rethink the latest scientific achievements from the standpoint of science art.