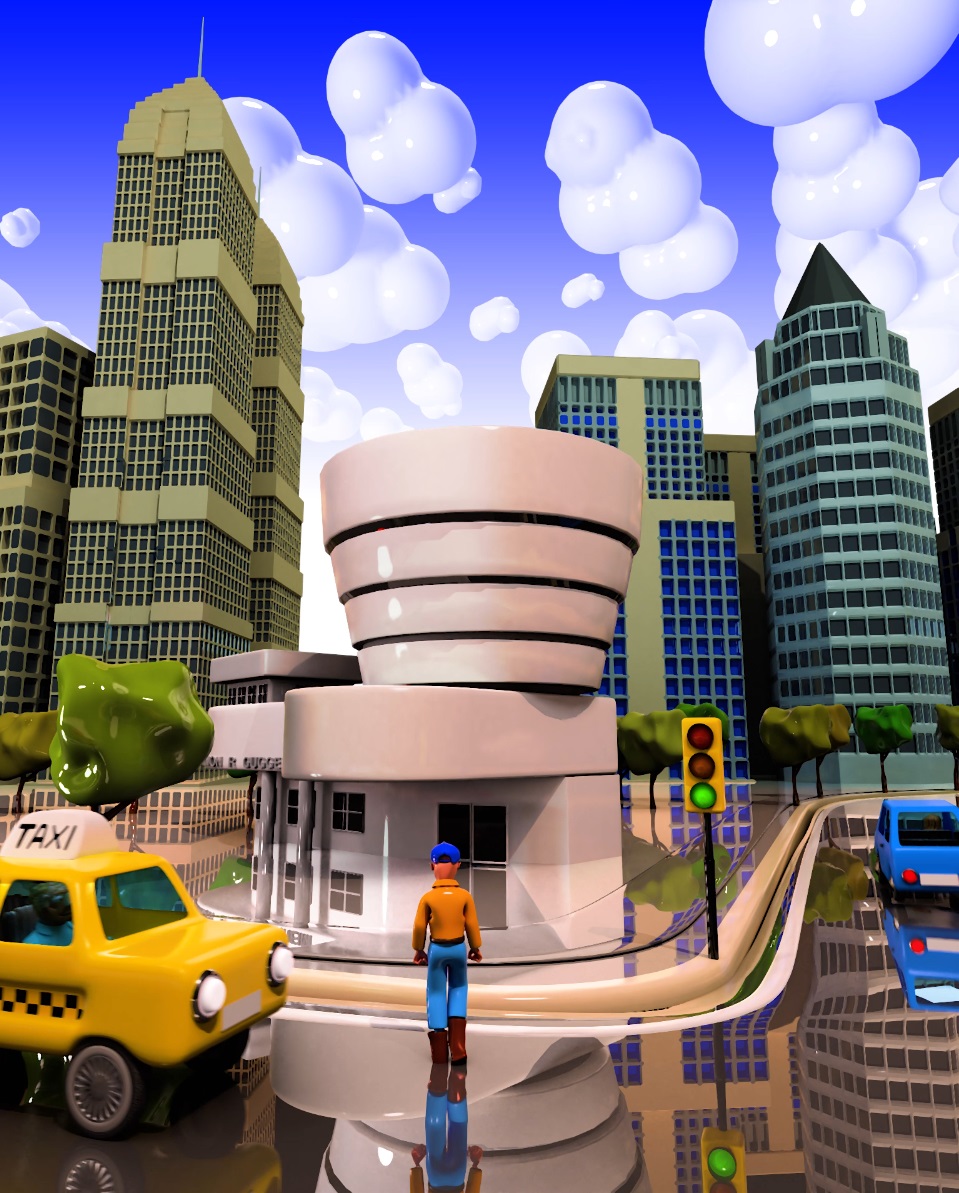 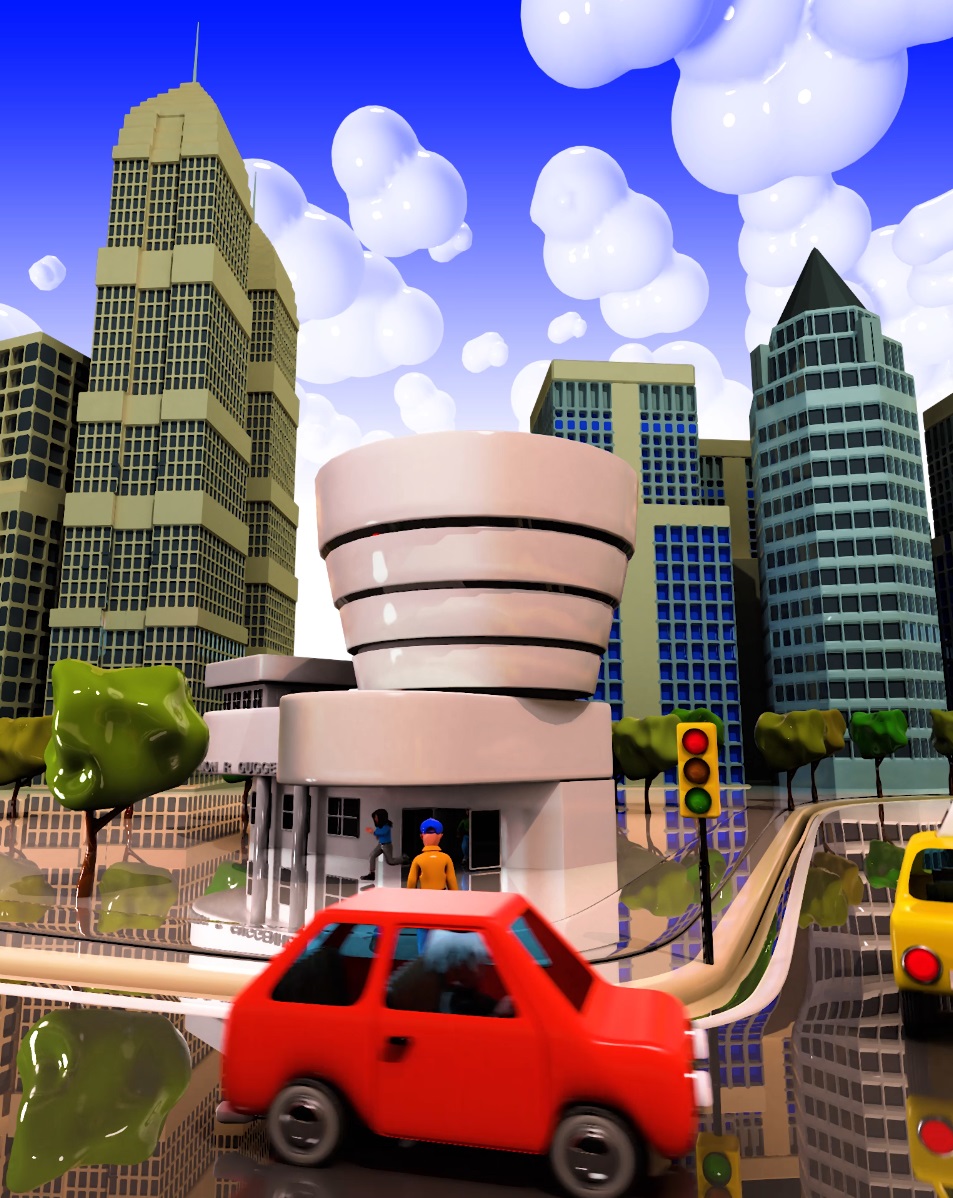 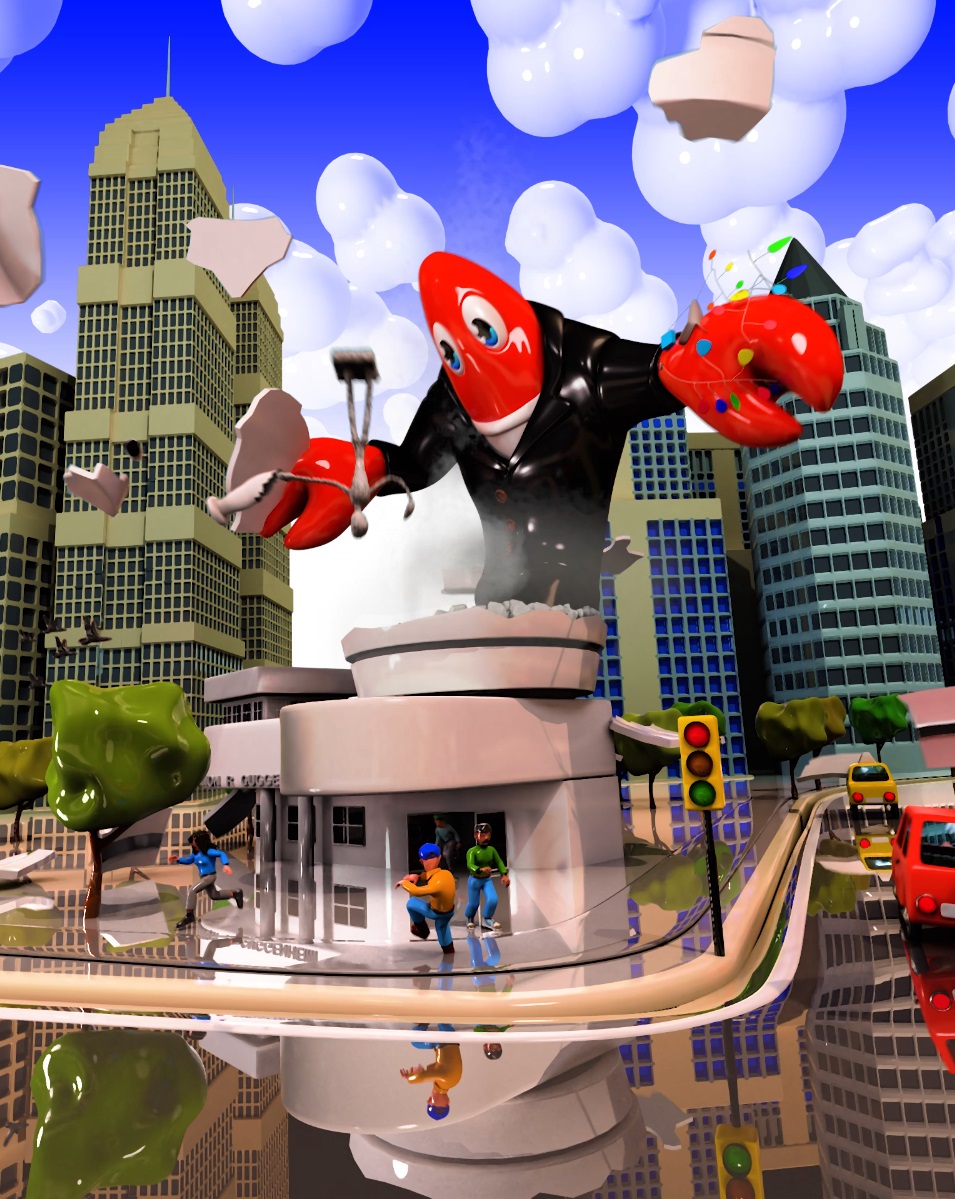 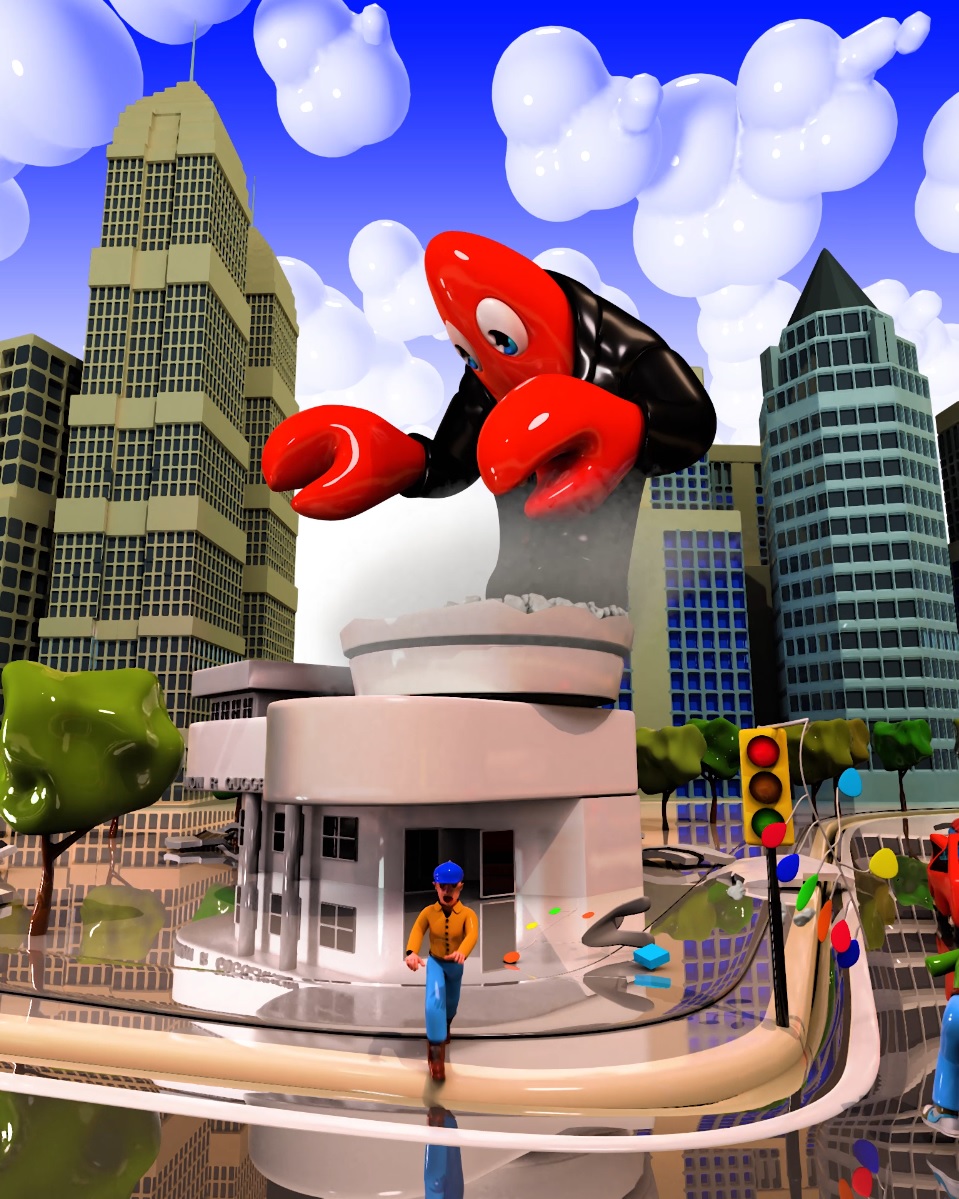 Guggenheim Lobster, this iconic museum is taken over like never before. As if becoming the cover of a hyper pop Colbert comic, Colbert’s giant lobster breaks through this symbol of art institutions and artistic hierarchy. Arguably the most recognisable contemporary art building in the world with its illustrious silhouette, the infamous Guggenheim New York by Frank Lloyd Wright. The lobster symbolically rises through and above it breaking free, with its revered Giacomettis and Calders tossed aside. Playing reference to the great British pop artist Richard Hamilton, Colbert wanted to revisit this iconic building in pop iconography and bring a scene to life. ‘I always liked the idea of doing a show in the Guggenheim in NY, and now with the possibilities of digital art, I am free to take it over on another level.’

Born in Scotland and living and working in London. Colbert is often referred to as the “godson of Andy Warhol”. Colbert has created a global following for his cartoon lobster persona and his masterful hyper pop history paintings. His work powerfully explores the patterns of contemporary digital culture and its relationship to a deeper art historical dialogue.

Graduating with an MA in Philosophy from St.Andrews University, Colbert's work has received international acclaim in museums and galleries worldwide for his energetic new approach to painting and pop theory.