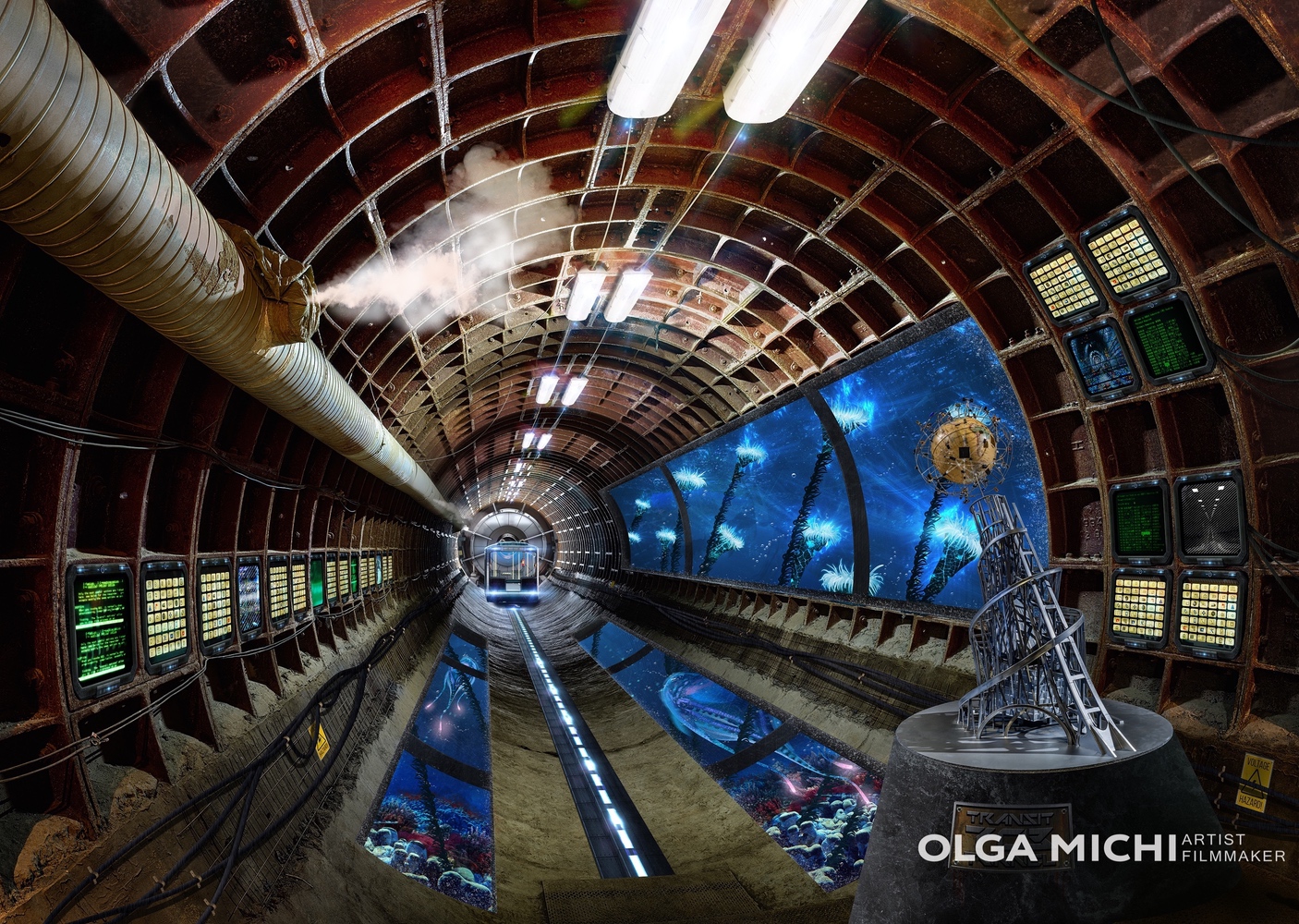 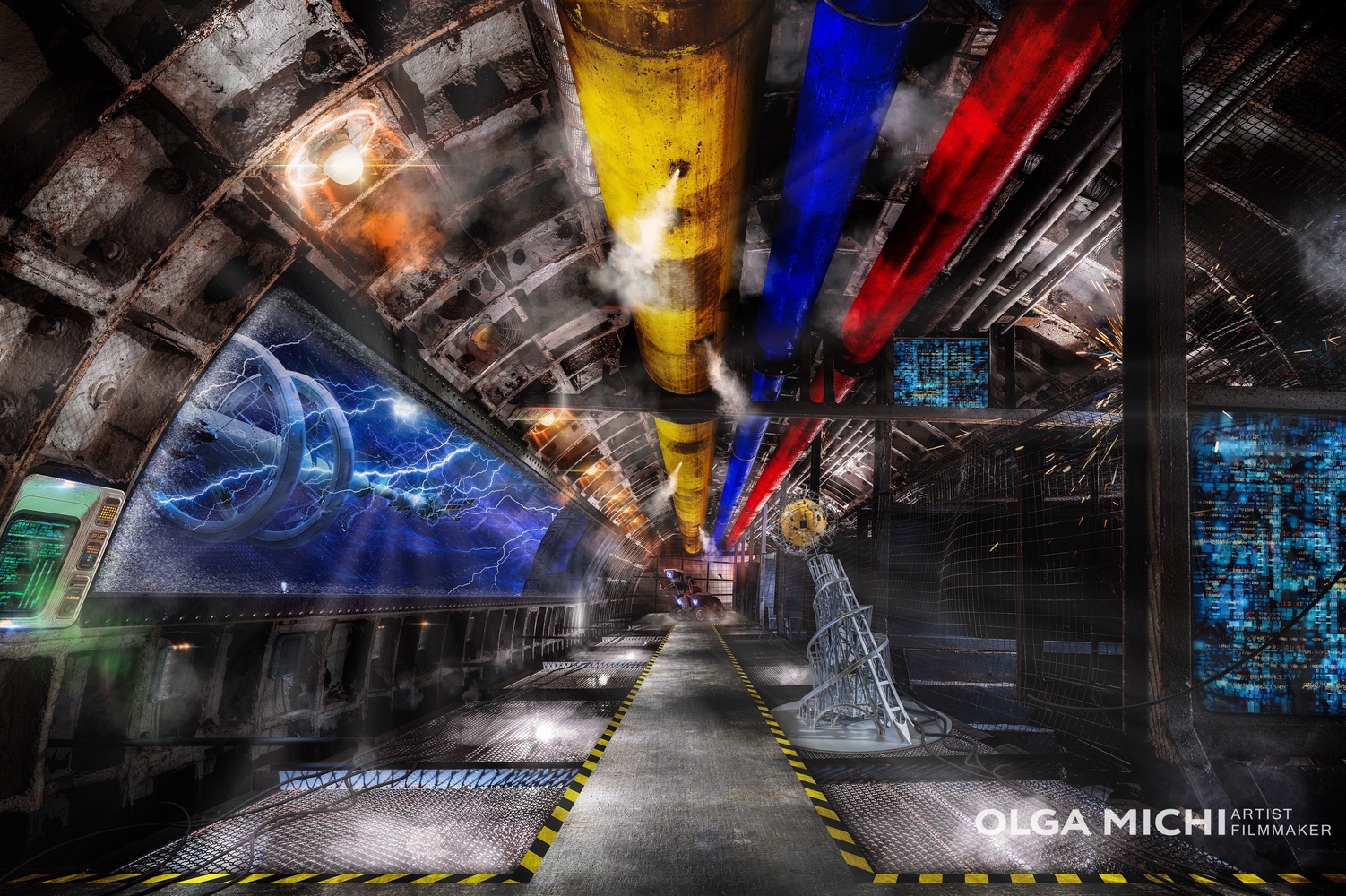 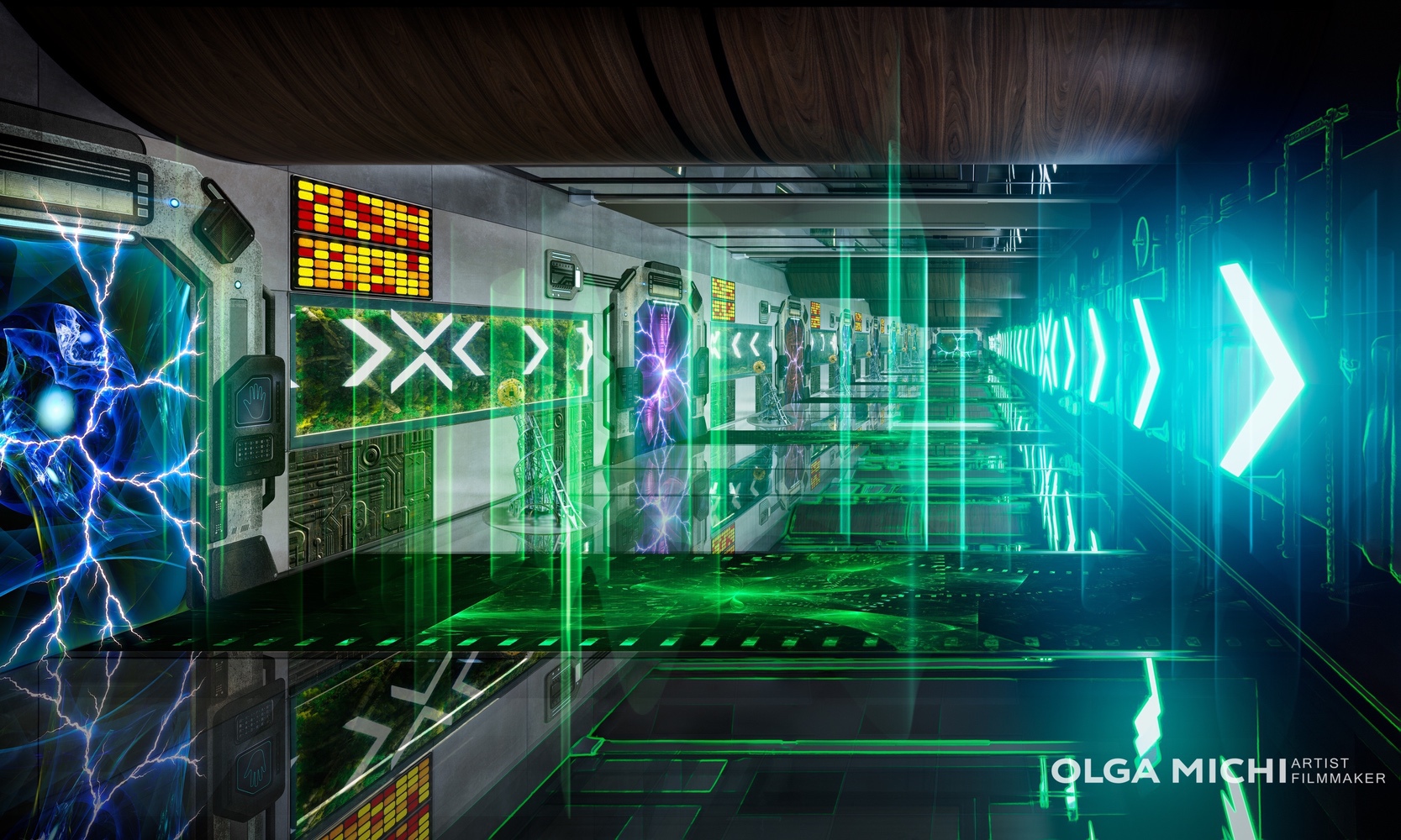 Art Group of Olga Michi project "Future Dwelling" aims is to show what the beacons of civilisation that humanity will take with it to uncharted lands may look like. The project includes a series of large-scale works depicting interior spaces with different functional purposes, made according to popular traditions and stereotypes of the well-known cultures.

Outside them one can observe exteriors of the worlds that humanity is about to incorporate into its ecosystem. It should be emphasised that despite the different functions, cultural and stylistic backgrounds of these interiors, and the differences in the spaces outside them, they all include a single object that is present in all compositions. This construction, which outwardly resembles the Tatlin’s Tower with the Earth's globe above it and which serves a different purpose in each of the situations, is a symbol of the humanity’s unity in its endeavor of conquering new worlds.

From the point of view of the creative method, the project develops the typological approach characteristic of the Düsseldorf "school", in this case aiming to identify typical features of human-made spaces as a refuge in the face of the outside world. The emphasis is not only on detailing the texture and colour of the compositions, but also on combining real constructions with fictional elements. Michi’s works are examples of contemporary digital painting that combine the necessary narrative aspects of the scene with purely abstract rhythms. The project demonstrates a balance between visual and conceptual art, where the visual appeal of the works is matched by the depth of the philosophical phenomena being explored.

Olga Michi is a modern digital artist. What lies in the heart of Olga Michi's art projects is photographic images that undergo a multitude of artistic, conceptual, and technical processing stages to become finished pieces of art that together constitute thematic series. At every phase of image preparation, final printing, publication of signature albums, exhibitions, or cinematographic production, a team of specialists ensures the impeccable level of execution of Michi's works.