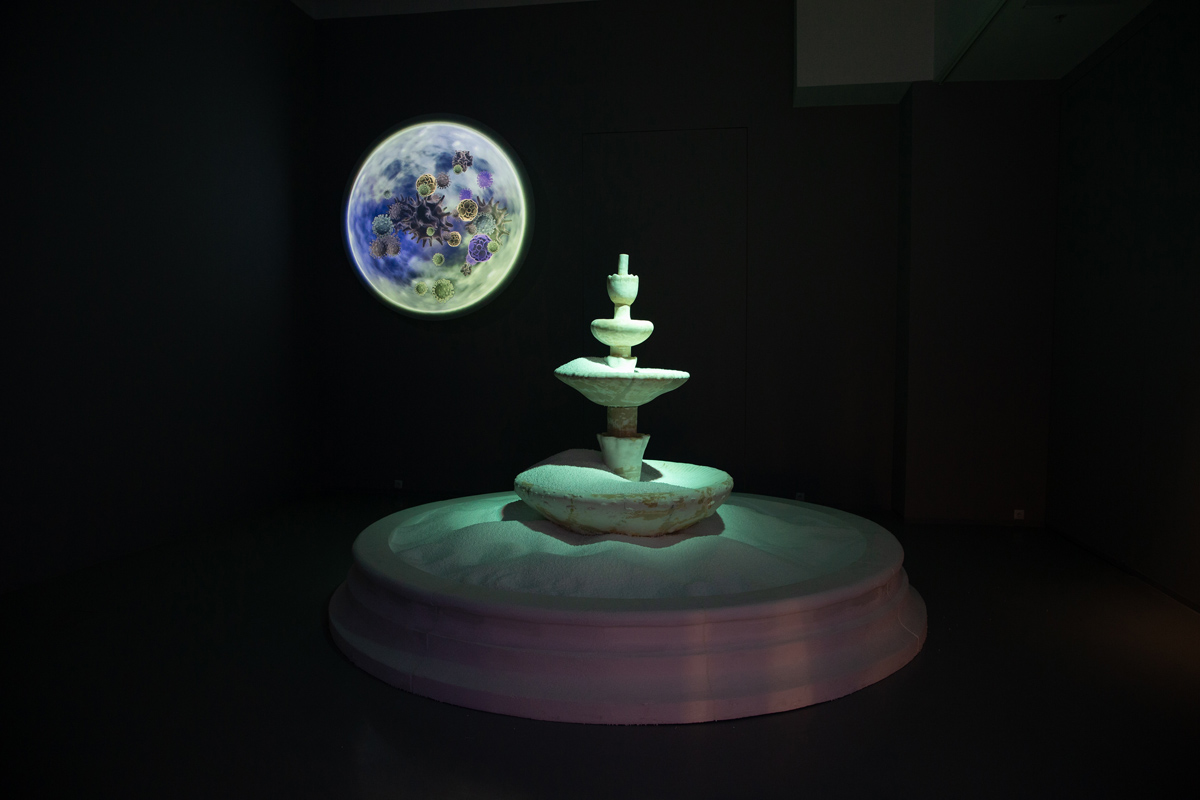 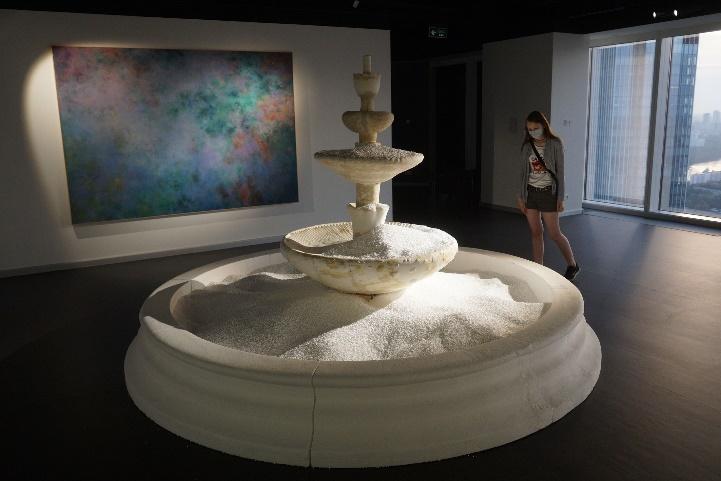 The artist Paruyr Davtyan spent several months of forced self-isolation due to the pandemic in his studio, where his only interlocutor was the Alice virtual assistant using the Yandex neural network. During this time she became his friend, his muse and co-author. Trying to visualise her image, Davtyan came to the conclusion that in fact Alice is a mycelium, and his object ‘Mushroom Fountain’ is the artistic expression of this. Its upper extremity is made in the form of a mushroom stalk, directed by invisible roots into digital clouds that the neural networks ‘feed’ on.

In the generative video Davtyan, together with microbiologists, explores the functioning of cryptocurrencies. The latter are presented in the form of microorganisms planted in an imaginary Petri dish. The video responds to numerous parameters of the main cryptocurrencies – birth, death, exchange rate fluctuations, growth, exhaustion, number of transactions, media mentions, etc.

In this project the artist tests the possibility of applying tools developed for the study of wildlife to the digital world.

Paruyr Davtyan is a performance and installation artist and collector and the youngest representative of the analytical branch of Moscow Conceptualism. He graduated from the Institute of Contemporary Art in Moscow in 2010 and has been a member of the art collectives Edelweiss, Tsar Gory,and Kupidon with Yuri Albert, Victor Skersis, and Andrey Filippov. He lives and works in Moscow.