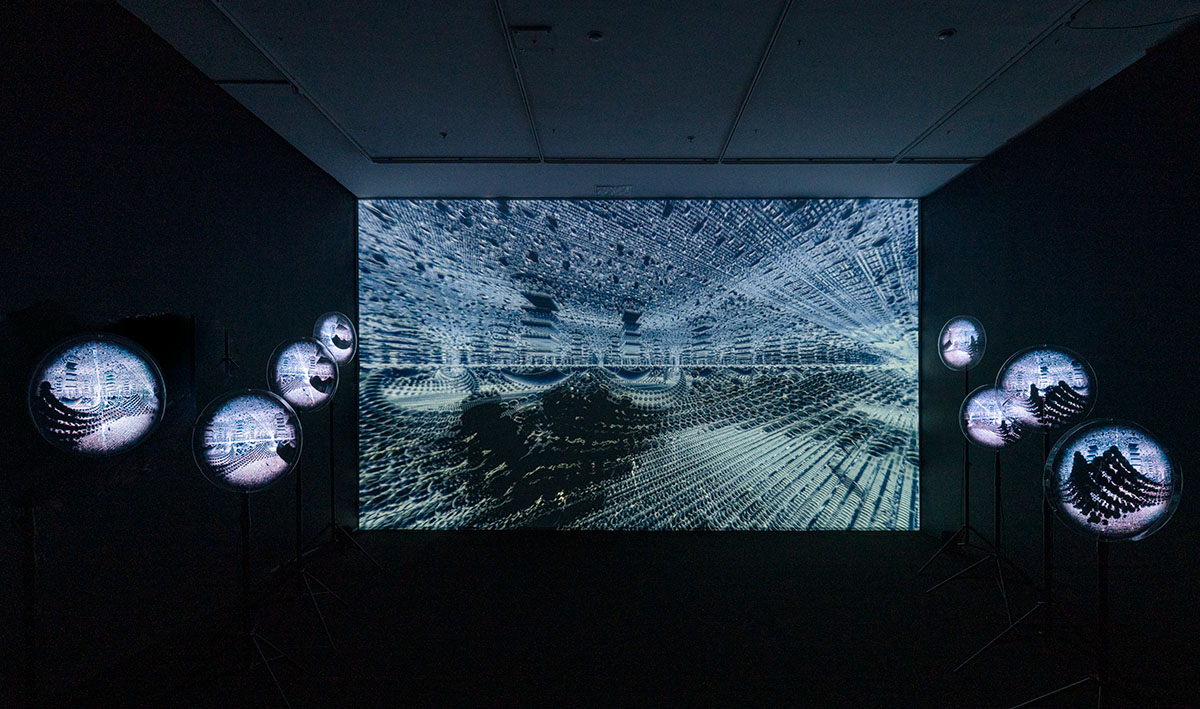 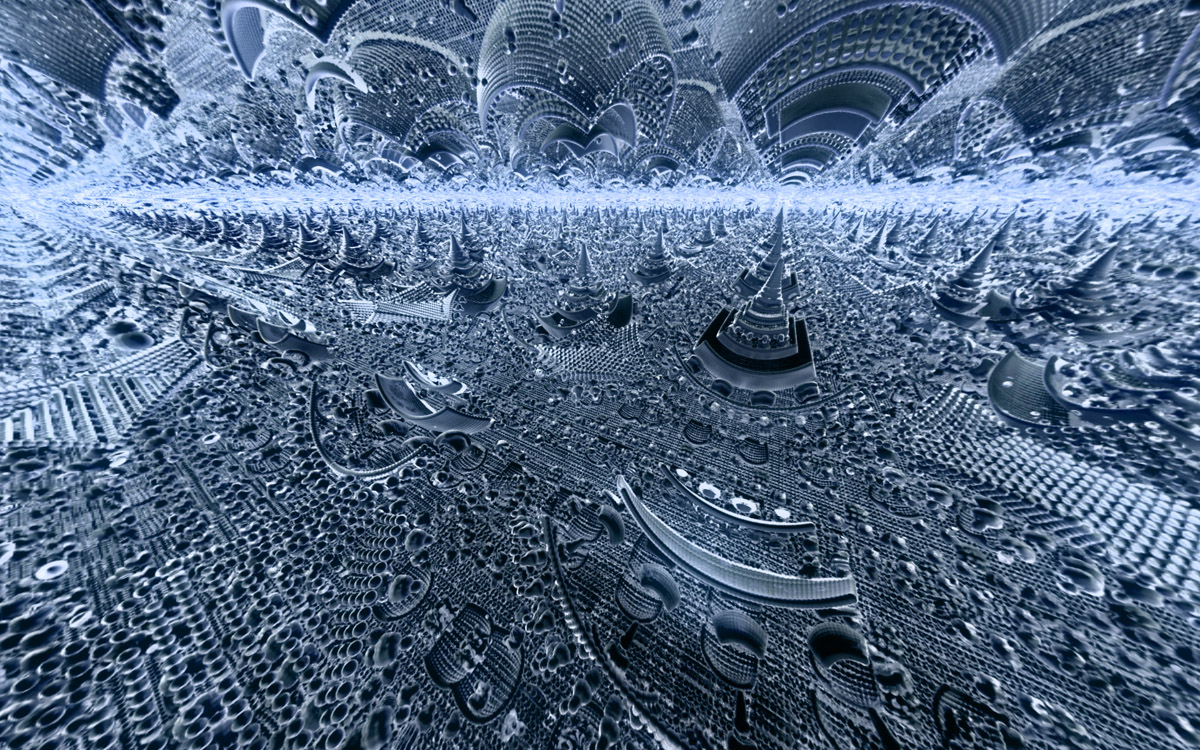 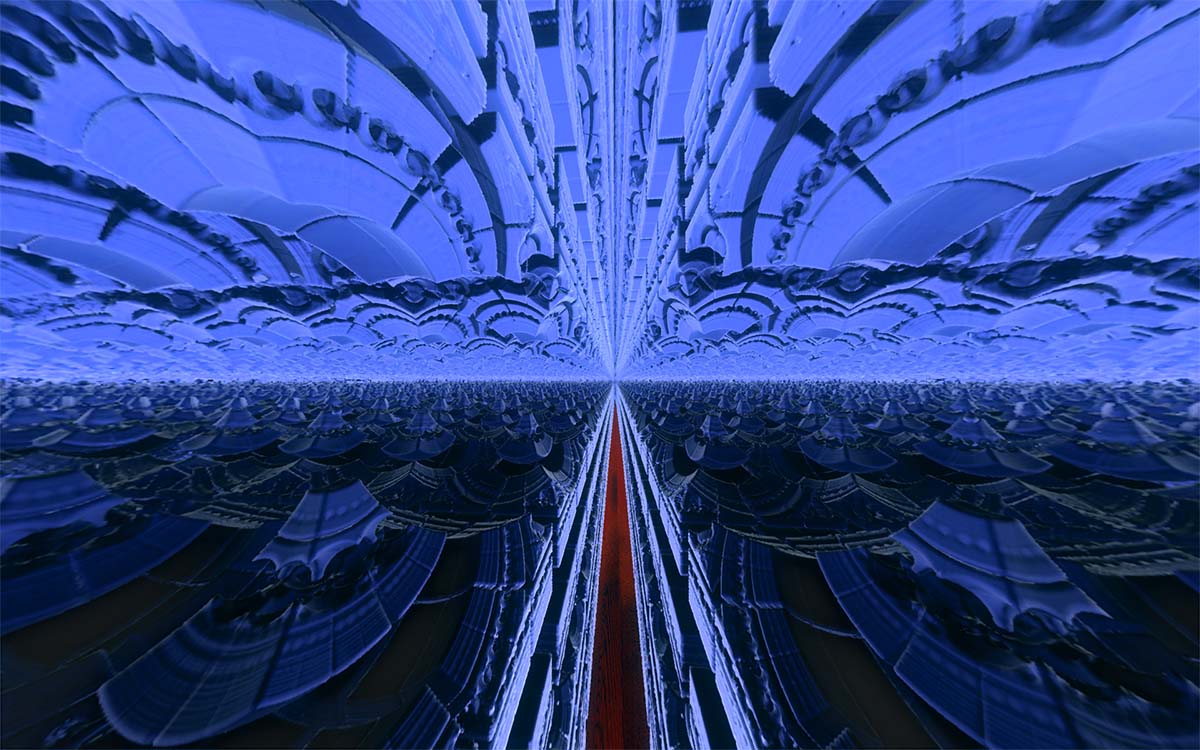 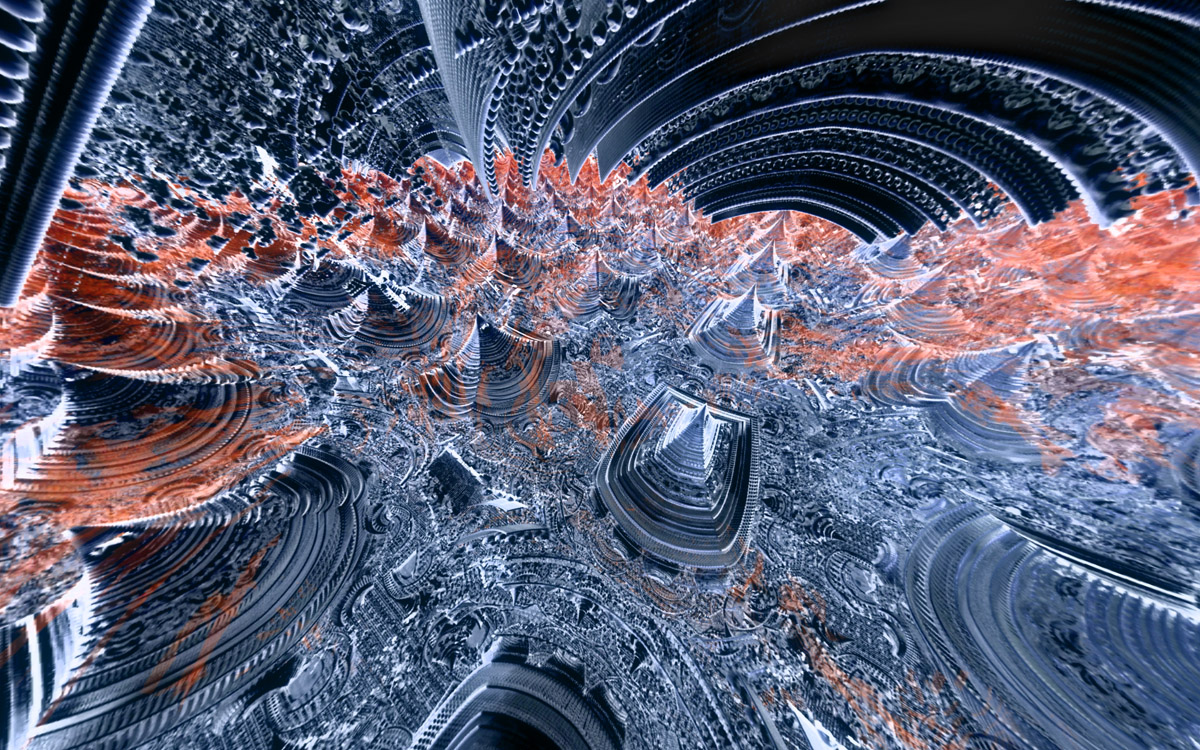 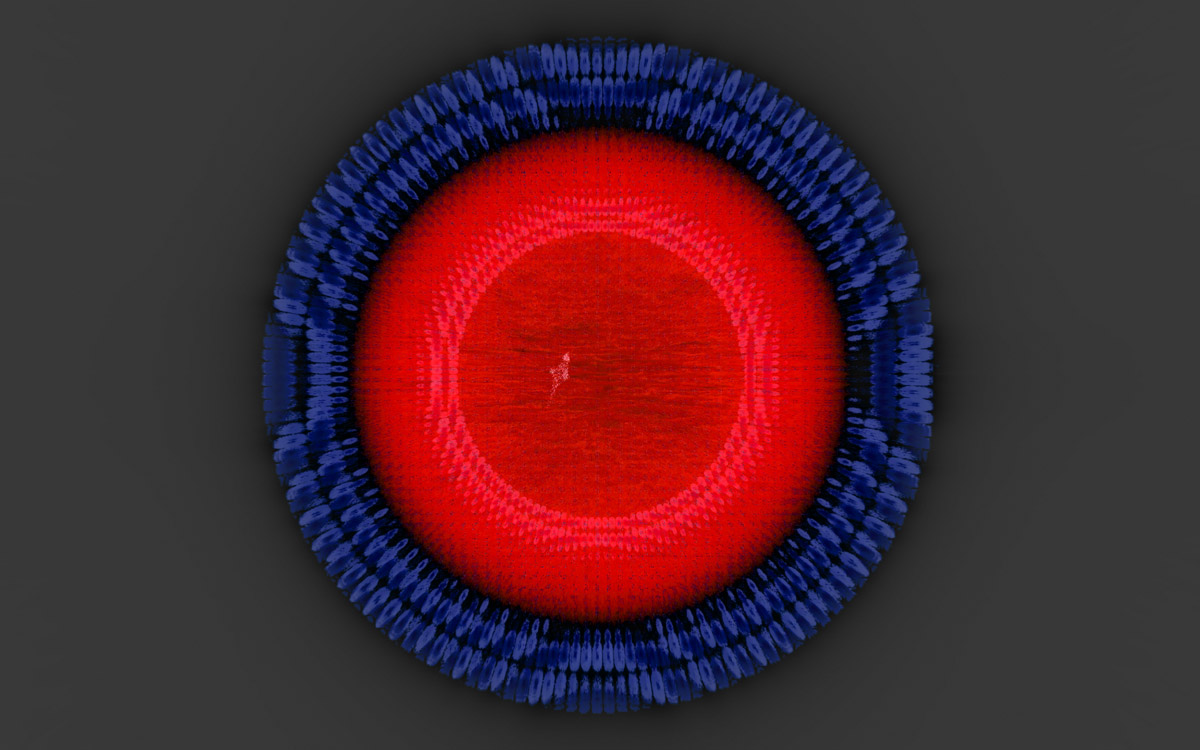 This project from the Curiosity Media Lab studio refers to the renowned visionary work by mystic and poet Daniil Andreyev, ‘The Rose of the World’, written from 1950 to 1958 in Vladimir Prison, where the writer was held on charges of anti-Soviet propaganda. In his philosophical treatise Andreyev reflects on the structure of the universe, the meaning of history and the future of mankind, associating the flowering of humanity with universal unification.

Using complex fractal graphics, the artists visualise one of the central ideas in the novel, that of a multi-layered Universe and parallel dimensions. The installation is based on the chapter about worlds generated by demonic forces. According to Andreyev, the Shrastras are the regions of a conditional hell inhabited by anti-humanity (demonic races). In the next layer live the Witzraors, demons of great powers who feed on the emotions of peoples associated with a complex of national-state feelings such as reverence for leaders, militancy and national complacency.