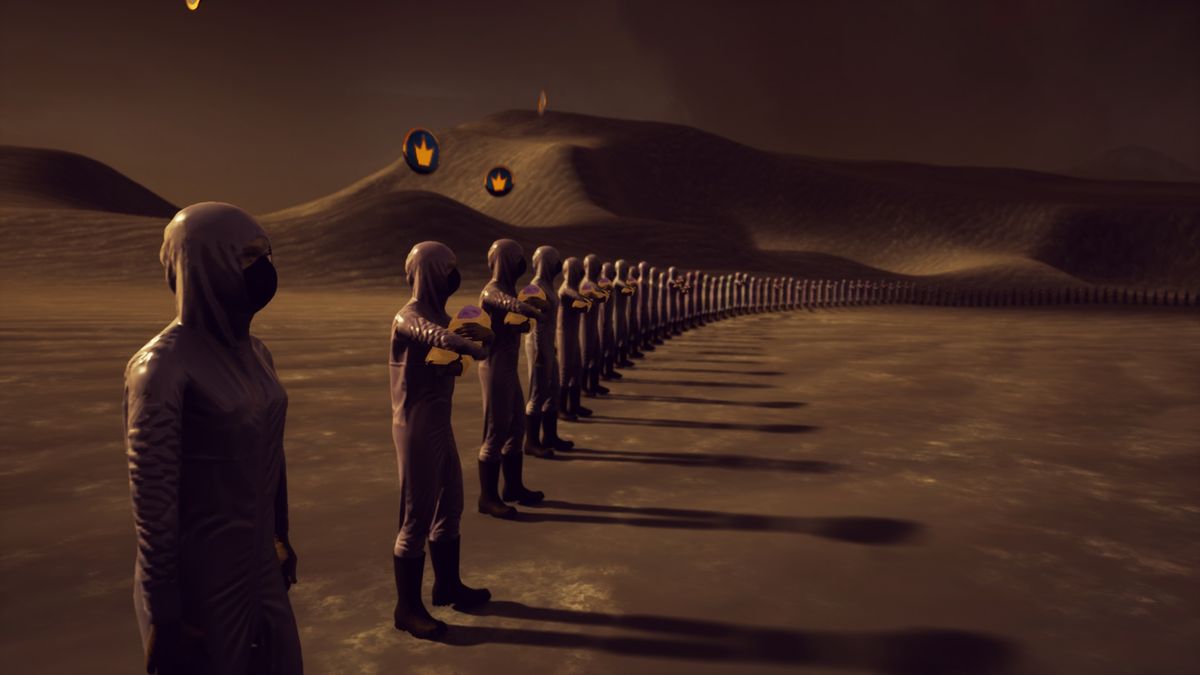 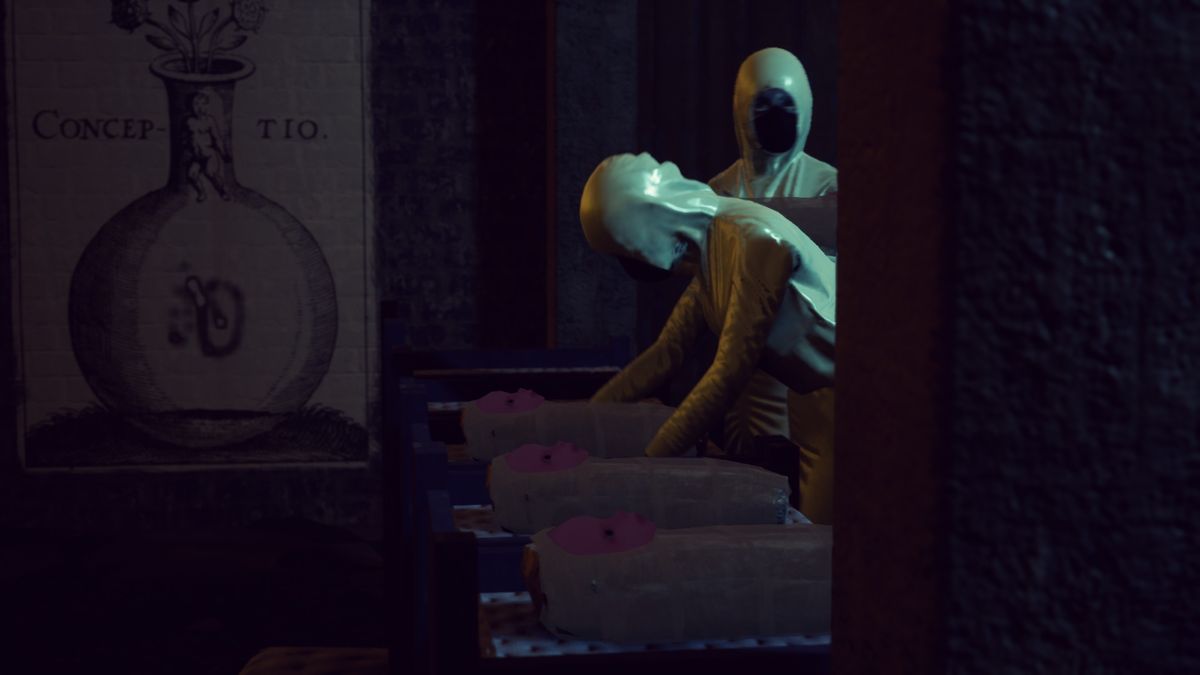 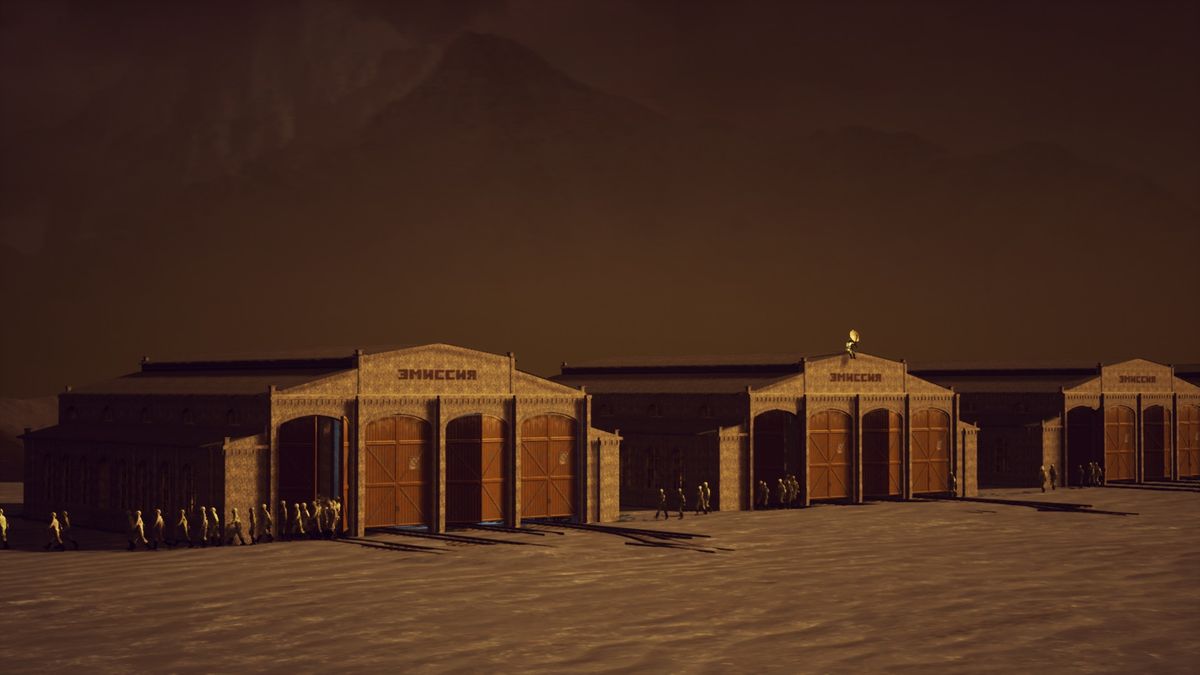 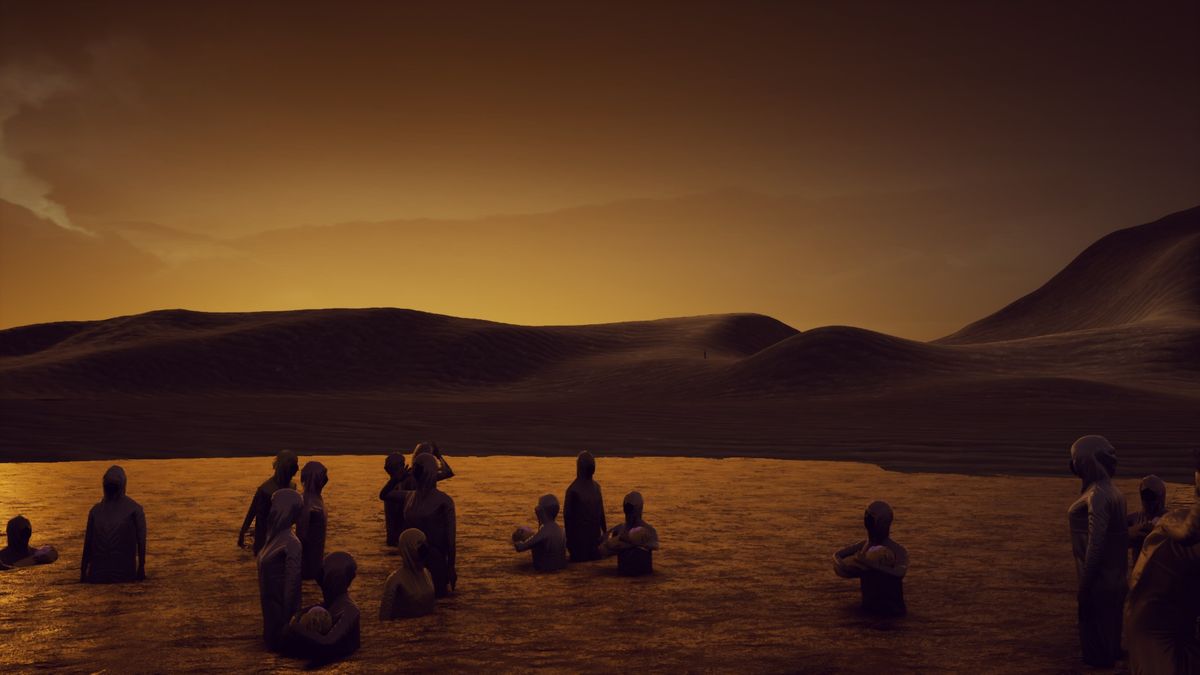 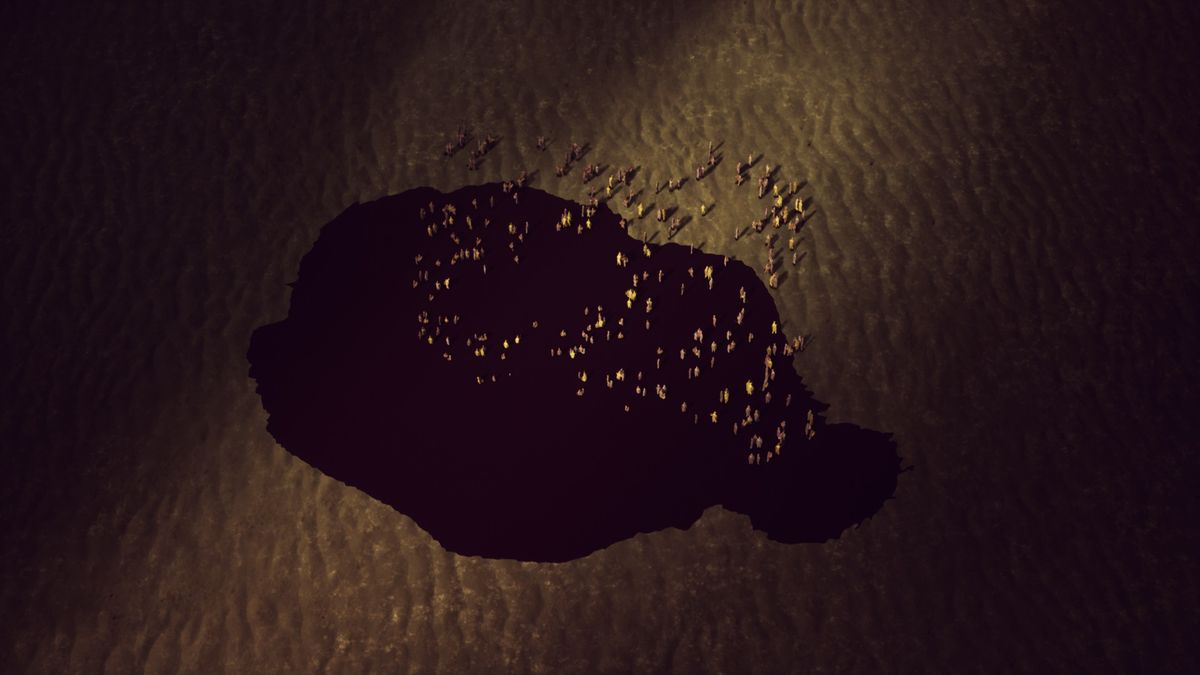 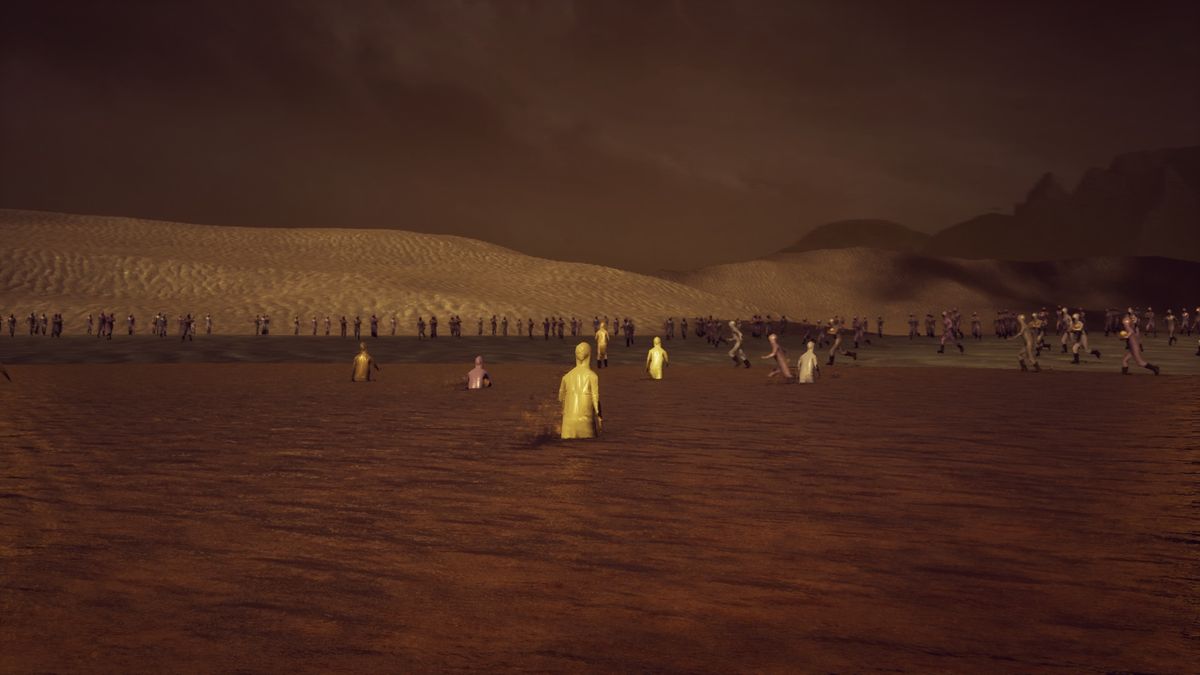 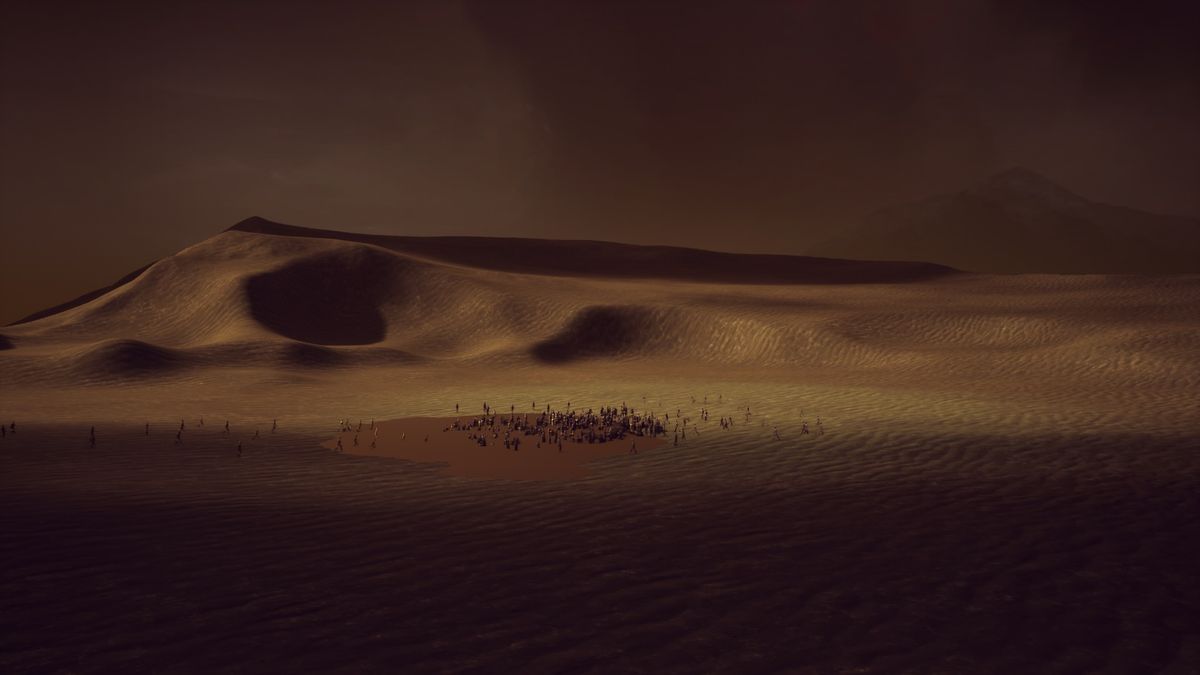 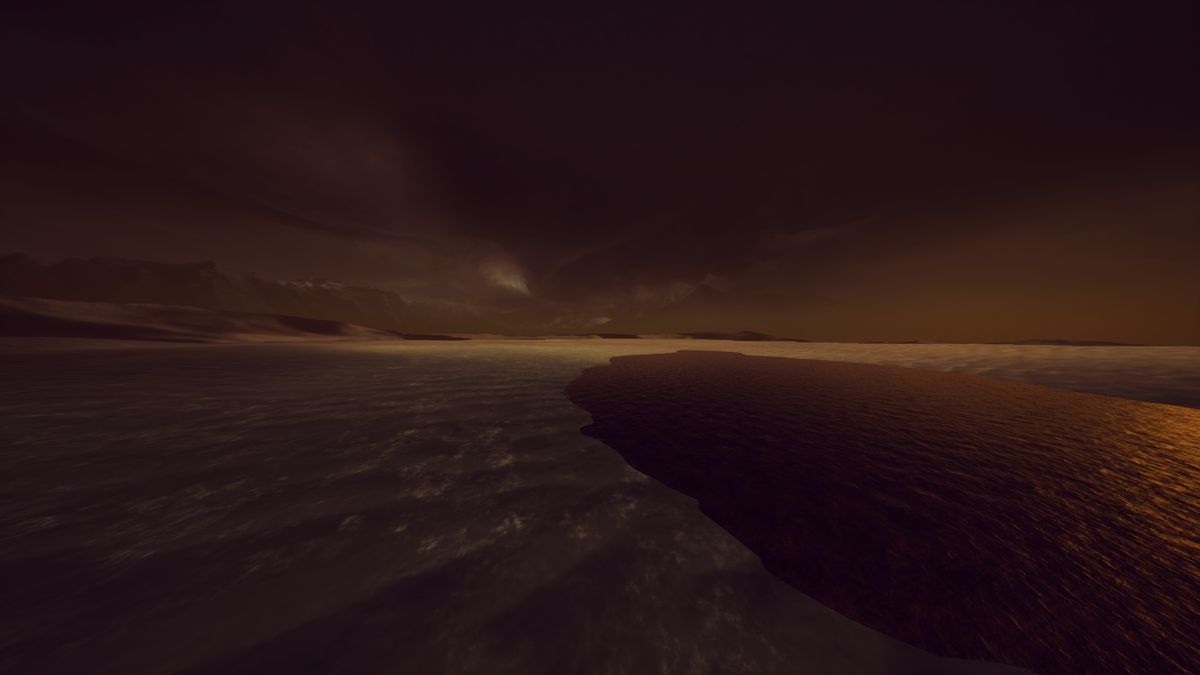 In the ‘Crowd Sign’ project the viewer becomes the controller of a virtual crowd in real time. Creatures living on the other side of the screen receive an order in the form of a clear graphic symbol, but never strictly follow it. Any signal sent is subject to change, due to the complexity of human communication systems.

The visual aspect of Mikhail Maximov’s work is inspired by science fiction cinema and literature that comprehend the threat of our planet’s extinction due to environmental disasters. The choice of expressive means used by the artist was primarily influenced by the Soviet film ‘Per Aspera And Astra’ (‘Through the Thorns to the Stars’). It was this film that defined the colour scheme, costume design, character images and environmental elements.

In Maximov’s work the viewer is invited to draw a sign on the touchpad. The humanoid creatures appearing on the screen will line up in the drawn figures.