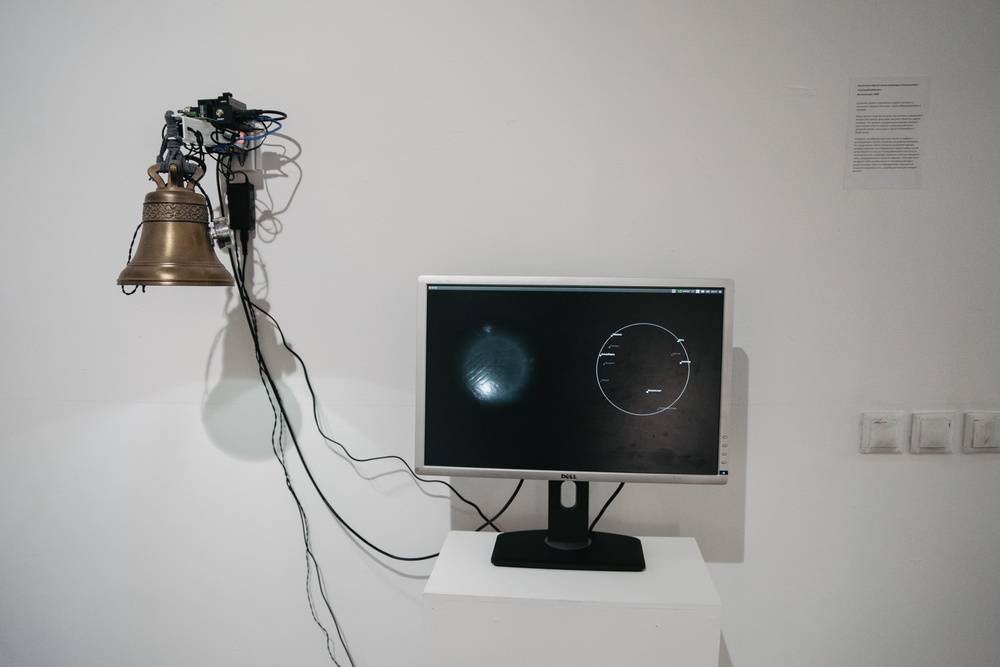 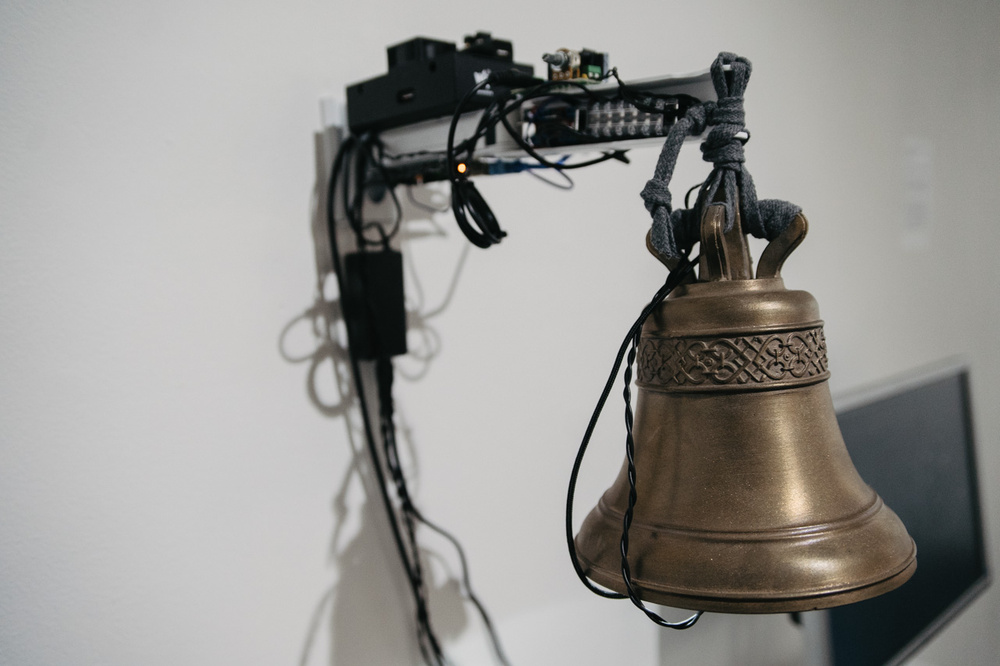 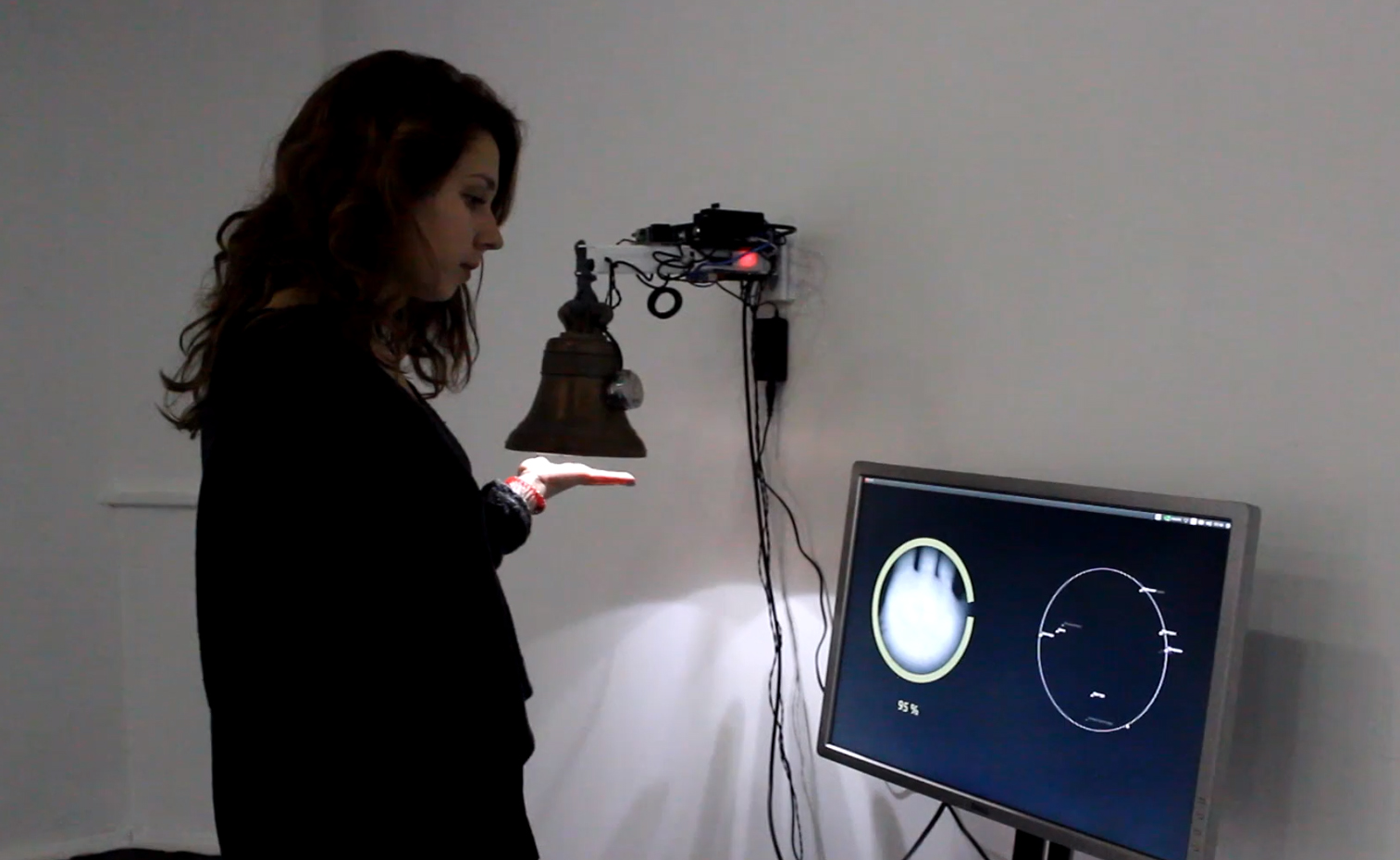 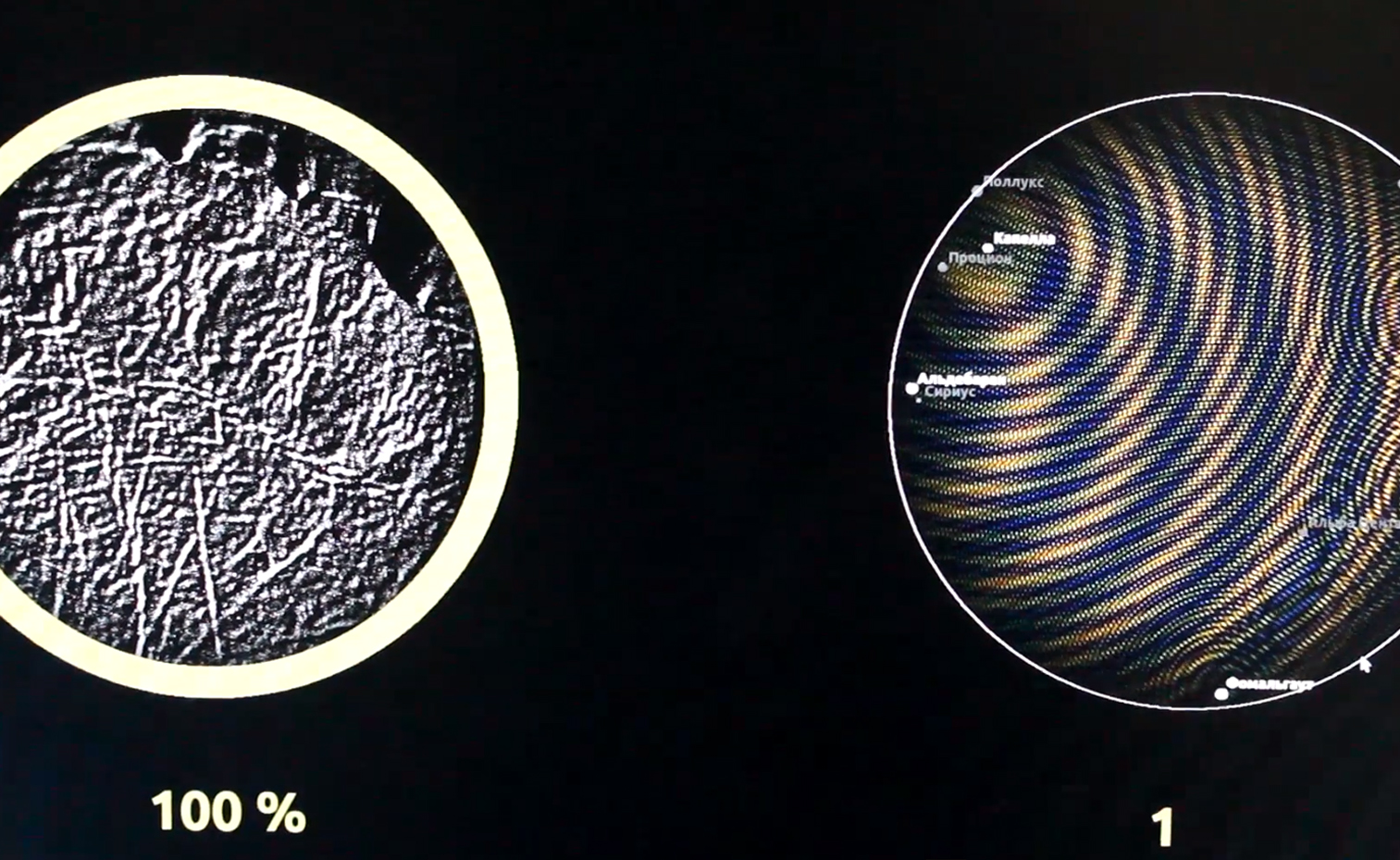 The installation is a system featuring a bell, an attached vibrating speaker and a camera, a computer and a monitor. If a viewer moves their hand under the bell, the camera inside the bell will capture the silhouette of the palm. These data are transmitted to a computer vision algorithm that compares it with a map of the ten stars closest to Earth. The most similar area of the sky is transformed into a spectrum and emitted as a sound by the vibration speaker. The bell begins to ring as a result, and the sound is individual to each viewer.

In this way, the project compares the micro- and macro-worlds, combining humans and space in one ecosystem and establishing a sonic connection between them using artificial intelligence.

The collective “Endless attractions museum” by Anastasia Krokhaleva and Denis Perevalov appeared in 2017. Artists explore the boundaries of the human in the modern technologized world. The core of their work, which is often hidden under a dense curtain of sensors, algorithms, mechanisms and lighting devices, are postapocalyptic, dystopic and eschatological themes, within which human inhumanity is criticized and robots are humanized.

Anastasia Krokhaleva became interested in light art while studying at the university in the specialty “History of Art”, and created her first light installation for the “Undark” festival in 2014. Now works with light and sound interactive installations.

Denis Perevalov is an artist, a theoretical mathematician, an applied programmer who has worked in collaboration with artists, performers and poets since 2010 on the creation of technological installations and performances.