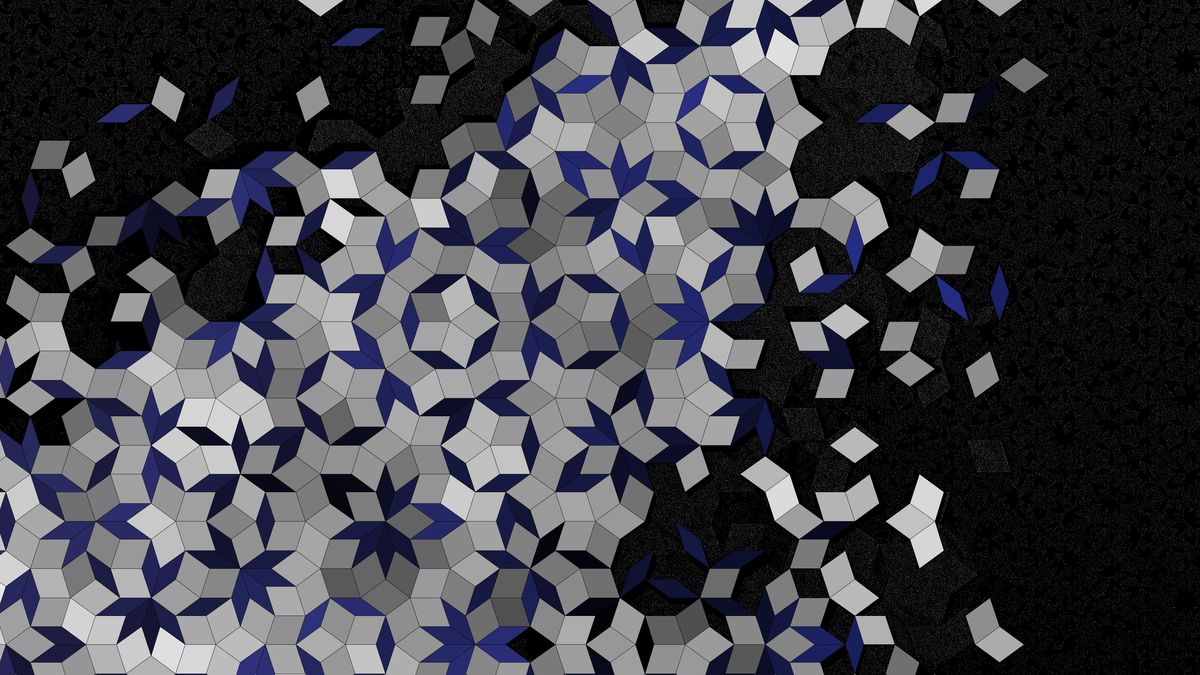 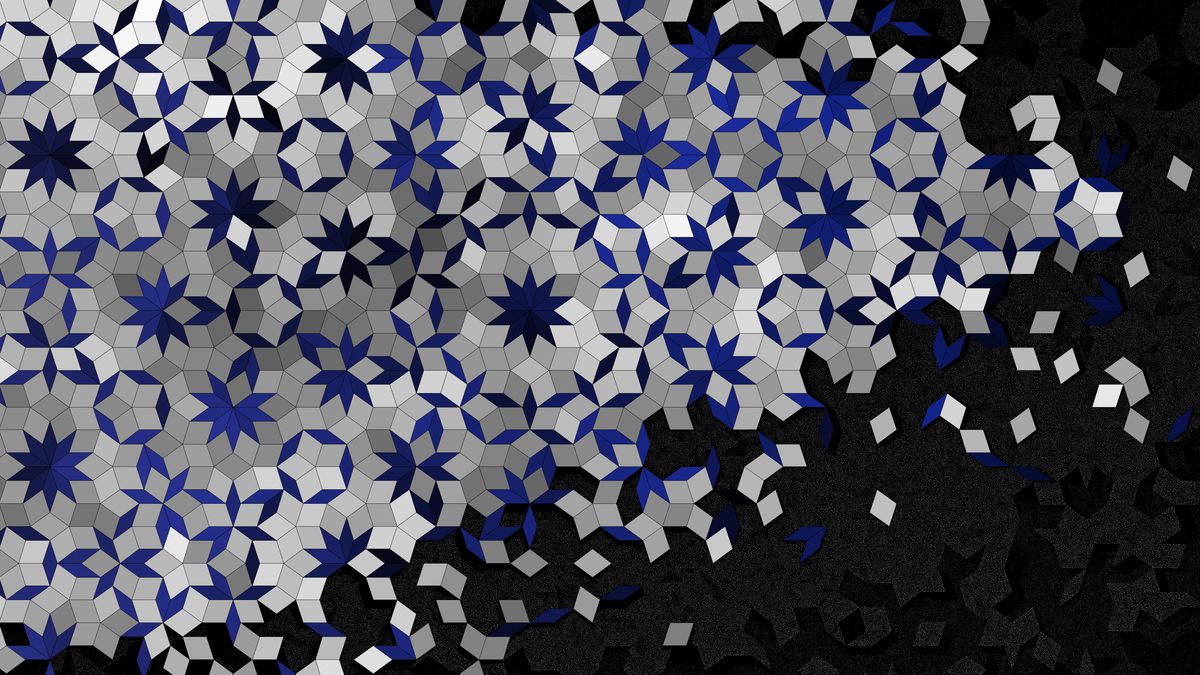 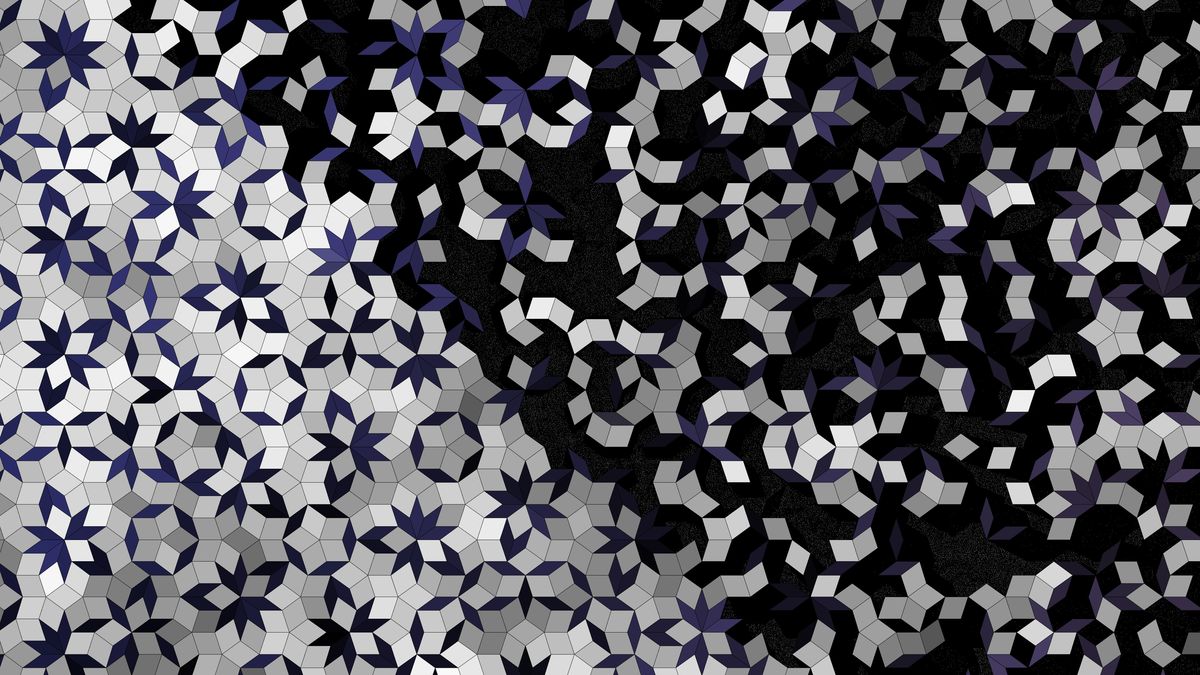 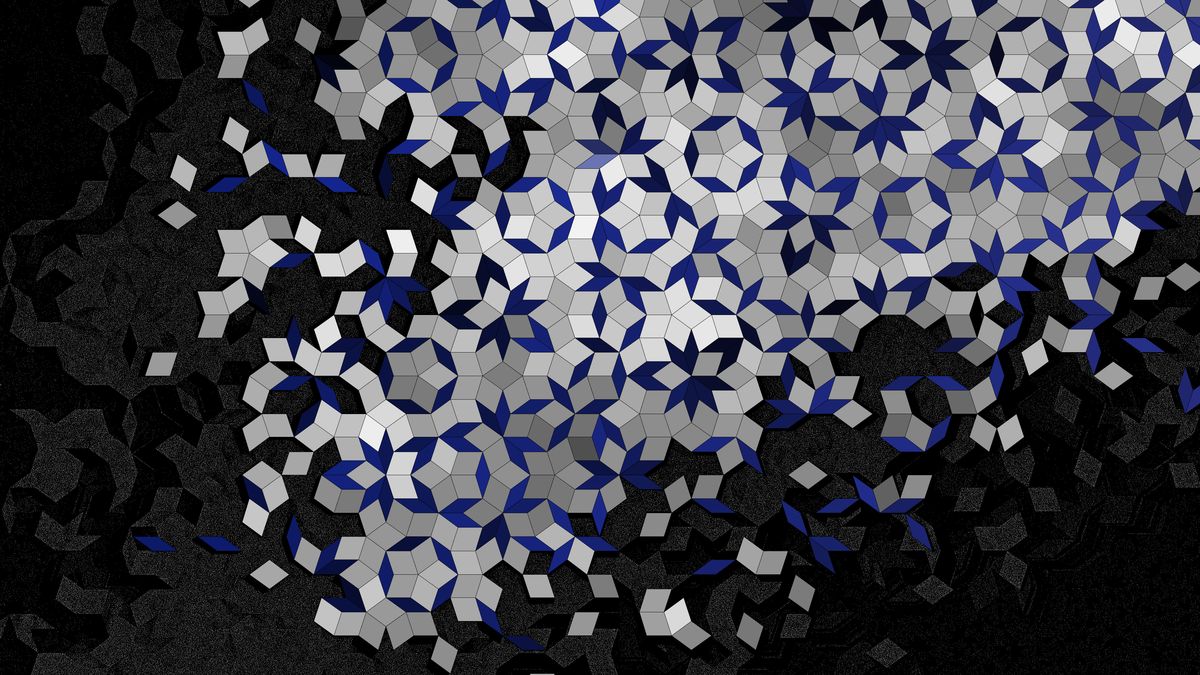 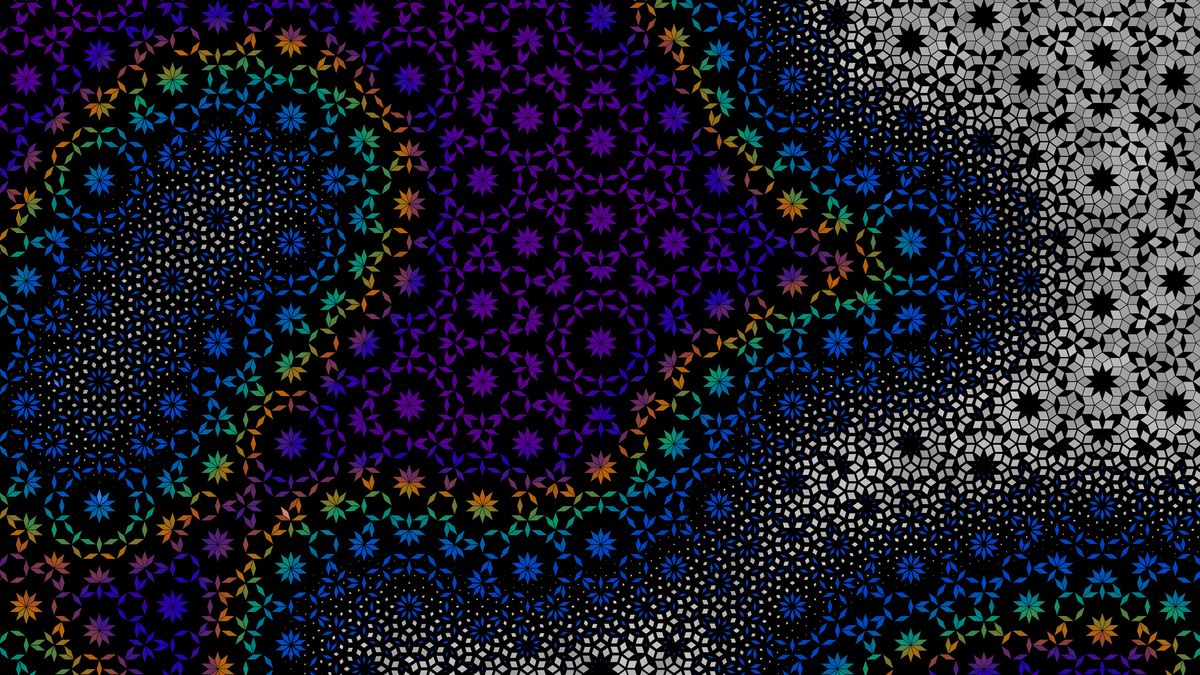 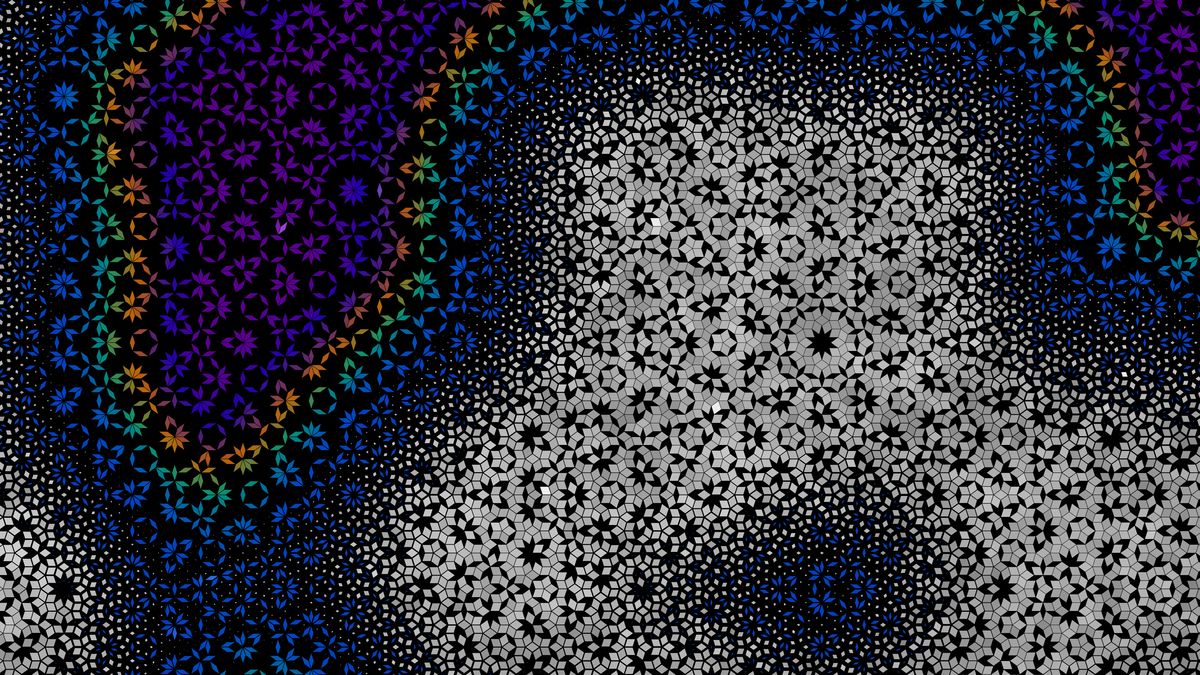 The 5th Order of Chaos

The media installation, created especially for the ICPC World Finals in Moscow, was part of a large-scale exploration of chaos conducted by Konstantin Novoselov and Kate Daudy. The installation's title refers us to the subject of study – how entropy generates order and vice versa. The answer to this question is partly provided by mathematics. For example, Euler's formula linking two irrational numbers of infinite length eventually provides the order.

The real-time installation of the 5th Order of Chaos offers the viewer a look at the formation of quasicrystals as a process of chaos transformation, a kind of transition between different levels of disorder. We would think that we see an ordered structure, but this is a trick of the eyes: these bodies are disordered, any point in each of them is not like any other. Quasicrystals are an extremely exotic state of matter, discovered in 1982 by an international team of scientists. This state is possible to describe using a multidimensional view of the world. This state can only be described based on a multidimensional view of the world. On the one hand, these substances are ordered, but on the other hand, it is impossible to deduce their symmetry parameters.

In artistic terms, the media installation refers to the structure of mosaics, which have a non-periodic order and are based on mnemonic rules such as those found in the decoration of Islamic architecture in Uzbekistan and the decoration of Iranian mosques. Only two types of tile patterns are required so that an infinite ornament can be created by connecting them visually. The ornament is generated by the same laws, but will never be repeated.

Konstantin Novoselov is a Russian-British artist, physicist, laureate of the 2010 Nobel Prize in Physics, a Fellow of the Royal Society of London and a Foreign Member of the U.S. National Academy of Sciences. He is engaged in research in the field of mesoscopic physics and nanotechnology. In 2004, together with Andre Geim, he discovered a new allotropic modification of carbon – graphene – which consists of a single layer of carbon atoms. As an artist, he performs under the name Kostya Novoselov.

Kate Daudy is a British contemporary artist working with sculpture, installation, and textiles. She is interested in the evolution of human consciousness in relation to the environment.